Is There Any Chance The Bills Actually Leave Buffalo? Here’s Why They Could Move To Austin (And Why It Might Not Happen) 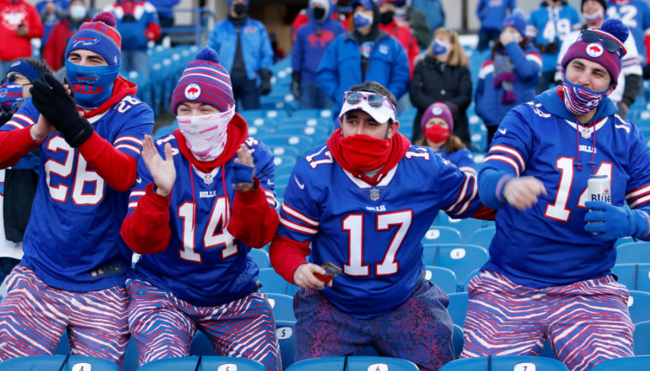 When the Buffalo Bills made the leap to the NFL as part of the league’s merger with the AFL in 1970, the city they call home had already entered dire straits. In the 1800s, the Erie Canal turned the remote town in upstate New York into a thriving metropolis, but by the middle of the 20th century, the waterway that made the city relevant in the first place had become increasingly irrelevant thanks to the postwar infrastructural initiatives that transformed the former manufacturing hub into a shell of its former self.

As a result, the city saw hundreds of thousands of people decamp for greener pastures in the decades following the aforementioned jump, but those that remained had one major source of hometown pride to rally around in the form of the Buffalo Bills. In the 1980s and ’90s, the team was simultaneously the source of hope and repeated heartbreak for an entire generation of fans that instinctively shudder whenever they hear the words “wide right,” and while it took Buffalo 25 years to win a single playoff game after securing a postseason victory in 1995, it still boasted a diehard legion of the supporters we’ve come to know as “Bills Mafia.”

The Bills are coming off one of their best seasons ever after making it all the way to the AFC Championship Game with the help of burgeoning franchise quarterback Josh Allen, and for the first time in a long time, it looks like the future is bright in Buffalo—at least until what unfolded over the weekend.

On Sunday, ESPN‘s Seth Wickersham reported he’d spoken to sources who told him Terry and Kim Pegula have explored the possibility of moving the Bills to Austin, Texas if the city of Buffalo declines to use taxpayer money to fund a $1.5 billion project to build the team a new stadium (in addition to revamping the arena where the Sabres play their games).

An ownership source tells me that Austin is a possible destination—or threat—as one of the “other cities elsewhere that desire an NFL franchise and would pay handsomely for it.” https://t.co/zMf1oChO8K

After the rumor began to make the rounds, a reporter for the Austin American-Statesman shared members of its city council were unaware of any talks concerning the move, which led many people to speculate the Pegulas are primarily floating the possibility of relocation as a bluff.

Austin City Council members I’ve spoken with today tell me this is the first they’ve heard about the Buffalo Bills considering moving to Austin.

However, the fact that this possibility is even being entertained is an absolute injustice, and despite having no rooting interest in the Bills remaining in Buffalo, I know I’m not alone when I say this aggression will not stand.

I’ll admit that Buffalo is only second to Green Bay when it comes to the list of cities that seem like they should be home to an NFL team, but I’d argue no city deserves one quite like the Labatt Blue-chugging, folding table-destroying, Zubaz-clad masses that have stuck with the Bills through thick and thin. While Austin has been Having A Moment for over a decade, it doesn’t seem like a city that’s filled to the brim with transplants with preexisting loyalties is exactly clamoring for an NFL franchise, and it would be an absolute travesty if capitalism was really the only reason it gets one.

Thankfully, it seems like they have a couple of key allies in their corner in the form of Jerry Jones and Janice McNair. It’s highly unlikely that the owners of the Cowboys and the Texans would welcome a third NFL franchise into Texas with open arms, and while there’s only so much they can do when it comes to blocking the move in a vote that would require three-quarters of teams to approve it, you also have to think the duo (especially Jones) could throw their weight around to get their fellow owners to block the bid.