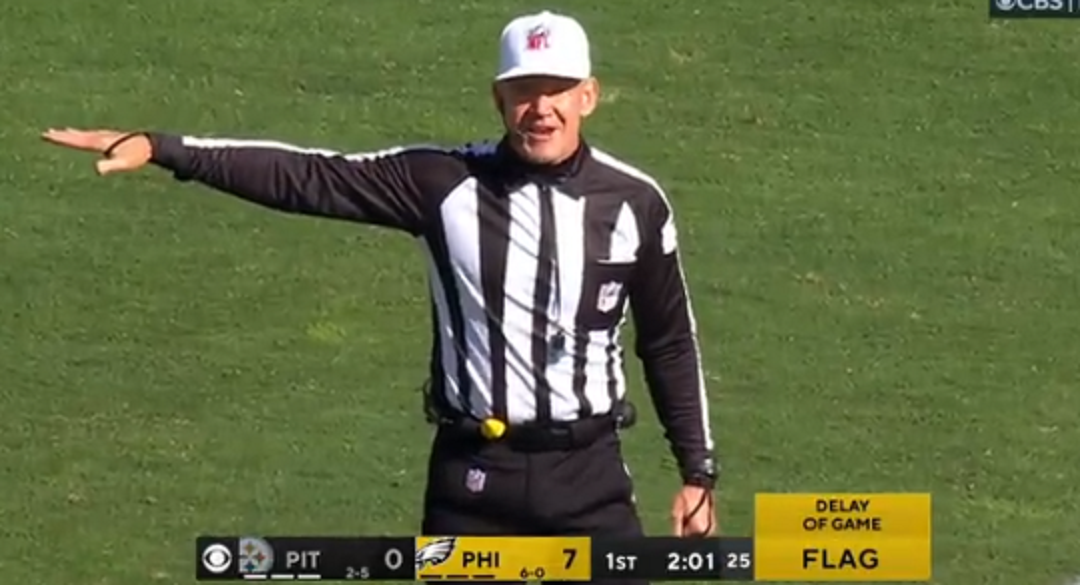 The ref in the Steelers-Eagles game left fans scratching their heads.

While announcing the call, the ref said Graham made “a move, not that’s not necessary and unlike football.”

Not sure what happened on Brandon Graham delay of game penalty. Didn't see a replay or explanation except that infraction, per head ref, was unnecessary and not like football.

Graham's mistake brought the Steelers offense back on the field for a successful 4th down TD.

This is a first…. what the?pic.twitter.com/NeAxdT8BeI

Fans were confused by the ref’s call.

sorry but what did that ref just say about brandon graham

I’m sorry, Brandon Graham did what…?

Apparently, Graham was yelling out fake cadences to try to get the Steelers to go offside.

"delay of game, number 55, making a move that's not necessary and unlike football"

Just saw TV replay and it was apparently Brandon Graham's fake that drew a Steelers player to jump. https://t.co/dsVFYP4LkM