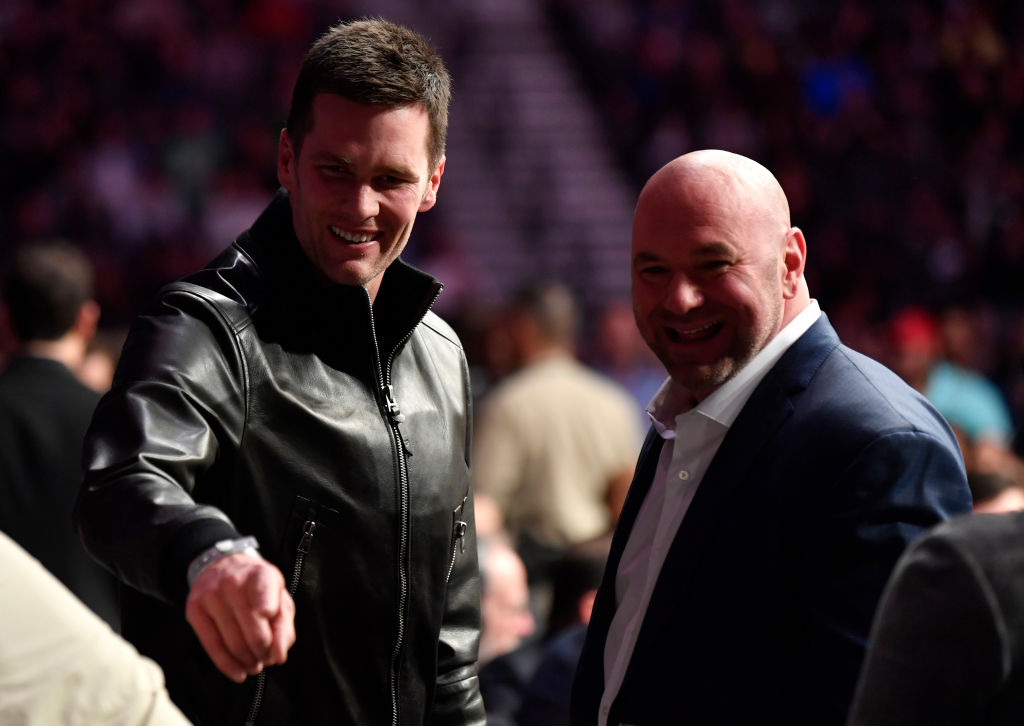 Dana White was apparently telling the truth when he revealed that he nearly got Tom Brady and Rob Gronkowski to sign with the Las Vegas Raiders.

On Saturday night, White appeared on Gronk’s ESPN+ feed of UFC 278 and told a story of how he had a deal in place for Brady and Gronk to play for the Raiders, but Jon Gruden broke the deal off.

“Tom was looking for houses and everything” 👀👀👀 pic.twitter.com/JI73ivoAoK

Raiders beat reporter Vic Tafur confirmed White’s claims and talked about he had previously reported the Raiders’ interest in Brady, but Gruden didn’t want to pay an aging Brady.

There is some truth to this amid the exaggeration.
I wrote then about the Raiders’ interest, and Gruden ultimately did decide he didn’t want to pay an aging Brady all that money. https://t.co/jcRXsaCST1