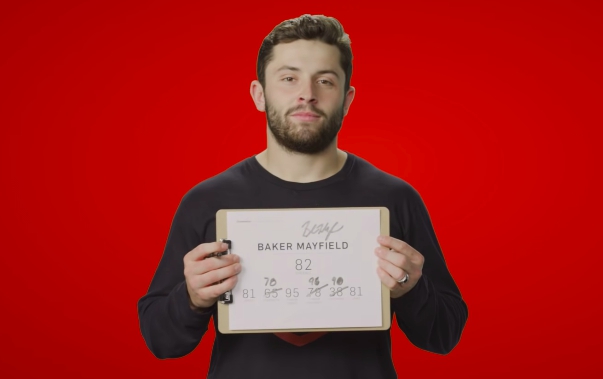 Last week, EA Sports revealed the seven players who were given perfect ratings ahead of the release of Madden 19, all of whom received a pair of custom gold cleats to celebrate their achievement (although they won’t be able to rock them during games because the NFL hates fun). The reveal came shortly after the NFL Draft, where a new crop of athletes will enter the league in the dreams of one day achieving one of the top honors a football player can ever receive.

There are plenty of prospects from this year’s draft class that have the potential to shine in the NFL, but all of them will have to start at the bottom before they can become a superstar. This reality is reflected in the ratings the people behind Madden assign to new players based on how the skillset they showed off at the combine and during their time in college— but that doesn’t mean every rookie has to be happy about it.

This week, EA Sports treated us to one of my favorite yearly traditions: having incoming NFL players react to their Madden ratings. They rounded up Baker Mayfield, Lamar Jackson, Sam Darnold, and several other stars from this year’s draft class and had them guess how well they were rated in various categories before revealing the actual number.

Some of the guys were pleasantly surprised by the results— but that doesn’t mean everybody was happy with them.

Shoutout to Ronald Jones for being 40 points off when it came to predicting his kick return stats even though he wasn’t even a kick returner in college. That’s what true confidence looks like.