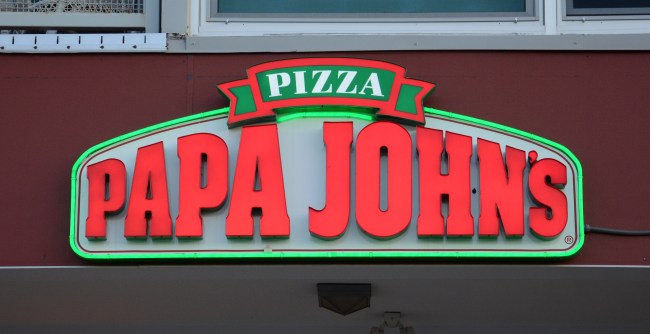 Several NFL sponsors have contacted the league’s front office to express their concerns with declining TV ratings and the political unrest that has engulfed the league, for the first 7 weeks of the season. Long-time sponsor Papa John’s (PZZA) has told the league that in-game sales have fallen, since President Trump’s first comments on NFL player protests, back on September 22nd. USAA, another official league sponsor, has confirmed that it too has been in contact with the league office about the issues. Despite 45’s call for the league to suspend players that fail to stand for the national anthem, the NFL has taken the position that it will allow its players to freely express their beliefs as they see fit.

Howie Long-Short: According to a new Harris Poll, PZZA has surpassed Pizza Hut (YUM) as the most popular pizza chain brand; but that popularity isn’t correlating with revenue growth. While YUM is up 17% this year, PZZA is down 21% YTD. Analysts expect PZZA to report Q3 revenues have grown 1.5% (to $428.73 million) YOY; with Pizza Hut (YUM) expected to report 10.5% growth (to $626.42 million) over the same period. Unfortunately for PZZA shareholders, popularity doesn’t guarantee success.

Fan Marino: League sponsors are contractually bound, so there is no immediate threat of revenue loss for the NFL. Any existing concerns are related to a potentially negative financial impact on future negotiations. The current collective bargaining agreement runs through the 2020 season, so the league isn’t going to be able to force players to stand before that. To be clear, there are some billionaire owners who defend the player’s right to protest. 49ers Owner Jed York was quoted as saying “Our country is more important than a slight economic impact.” At least one of these guys has his priorities in line.

There are indications that the NFL intends on terminating Verizon Communications’ (VZ) exclusive rights to broadcast games on mobile devices, at the completion of this season. Under the terms of the expiring 4-year $1 billion agreement, only Verizon cellular subscribers can stream live game broadcasts; regardless of cable provider. It is still possible that Verizon could retain the title of “official wireless service provider” of the NFL and continue to stream games, while the NFL grants some of its other partners’ permission to broadcast games on mobile devices.

Howie Long Short: The NFL must end mobile exclusivity because their broadcast partners (ESPN, CBS, FOX and NBC) pay a fortune for the rights to carry games and want to make those games available on as many platforms as possible. Some have expressed concern that additional mobile distribution will further contribute to the decline of the league’s television ratings, but no one prefers to watch a game on a small computing device. An increase in mobile distribution will correspond with an increase in “Digital in TV Ratings” (method to account for all viewers across devices with program content and commercials that match the linear TV airing); which is good news for the league, its broadcast partners and their advertisers.

Howie Long-Short: Parker’s $50 billion revenue target was always ambitious, considering NKE would have had to grow revenue 63% (from the time of his comment) to achieve it. 2015 was an outlier year, with record growth in both the apparel and footwear industries. Parker expected the trend would continue for the balance of the decade, but that hasn’t been the case. Sales growth slowed to just .1% over the last 90 days. I’m confident in saying, $50 billion by 2020 simply isn’t going to happen.

Note: The summary for this story was written by our friends at The Water Coolest. Check out TheWaterCoolest.com for the latest market news and professional advice.