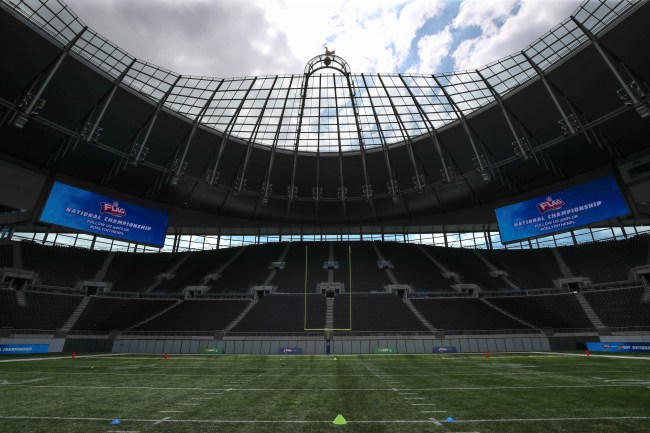 On Sunday, the NFL will play its 25th regular season game in London, and for the 25th straight time, the game will not feature two teams with winning records. Baffling.

With that said, it’s hard to blame the lads on the other side of the pond for not giving a shit about football (sorry, *American football) when we’re not exactly exporting our greatest matchups.

This Sunday, the Chicago Bears (3-1) will take on the Oakland Raiders (2-2) at the Tottenham Hotspur’s incredible new stadium in north London. A vast improvement from the 2015 matchup when the 1-6 Lions played the 2-5 Chiefs, but it’s no Pats/Chiefs.

Staffers at the NFL shop in London are preparing for the game  Sunday by staging a sequence that demonstrates how much more these wankers have to learn about America’s greatest game.

Ladies and gentlemen, I present to you a totally believable scenario involving Khalil Mack receiving a pass and Derek Carr attempting to tackle the 6’3”, 250-pound monster.

The NFL shop in London is apparently predicting Khalil Mack will intercept a pass from Derek Carr while Derek Carr tries to tackle him pic.twitter.com/16KeCY4sxA

So I think this is Khalil Mack having just strip-sacked or picked off Derek Carr at the NFL store? London knows its American football pic.twitter.com/PJko3PQuTf

I guess this scenario would be plausible if the Raiders attempted some trickery and sent Carr out for a failed Philly special, but a suspension of belief is necessary.

Hey, to London’s credit, at least they aren’t playing on a fucking baseball field like the pathetic Oakland Coliseum.

The Hotspur stadium is a thing of beauty. 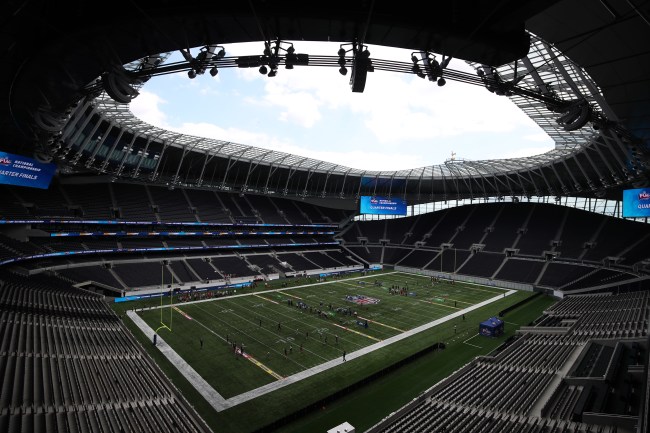