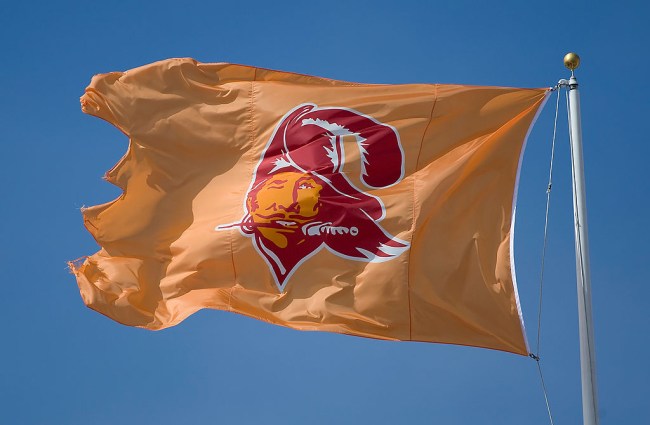 The Rams may have been the first NFL team to reveal their very poorly received new logo this offseason, but they won’t be the last team unveil a uniform or logo tweak for the 2020 season.

According to Joe Reedy of AP Sports, a total of seven NFL teams are making some sort of change ahead of next season. Like the Rams, the Chargers are changing up their logo and uniforms while the Falcons, Patriots, Browns, and Buccaneers will be making some sort of uniform changes. The Colts are also set to undergo a uniform and logo tweak.

As the Tampa Bay Times notes, there are strict NFL bylaws regarding franchises making changes. Teams have to give written notice of any plans to make changes with their uniform or helmet on or before March 1 of the year prior to the year it wishes to change. The only exception would be due to a change of ownership or franchise relocation. The league also prohibits any franchise from changing uniform designs more than once every five years.

According to Bucsnation, only two teams are allowed to completely change their look each year and the Falcons and Rams are the two teams undergoing a mass overhaul this offseason. This means the only changes that Tampa Bay, Cleveland, New England, and San Diego can make are going back to uniforms or logos we’ve seen in the past.

The Bucs have been teasing on social media about going back to one of their old-school looks while we’ve known for quite some time now that the Browns are returning to a throwback look as well. Tampa Bay head coach Bruce Arians seems to think the Bucs are going to throw it back to the early 2000’s look like we saw the team wear during their Super Bowl run in 20002.

It’s a safe bet that we’ll get a glimpse of these uniform and logo changes at the NFL Draft which is scheduled to begin on April 23.

UPDATE: The Chargers revealed their ‘new’ logo on Tuesday afternoon.