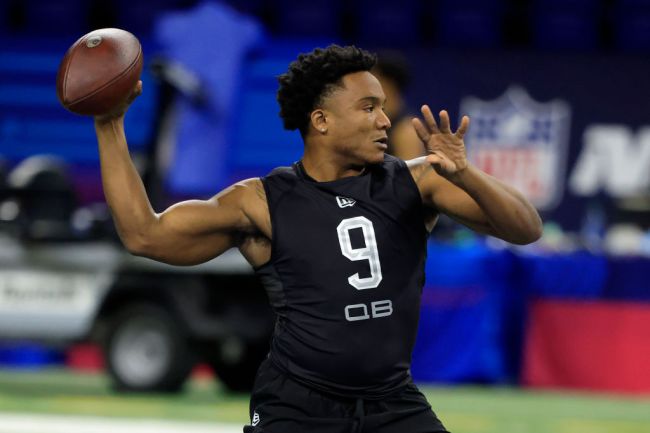 There was once a time where D’Eriq King was viewed as one of the most intriguing quarterback prospects in college football. At the time, he was putting on a show in the AAC as a dual-threat quarterback for the Houston Cougars.

He even had a season where he amassed 2982 yards and 36 touchdowns through the air while adding 674 yards and 14 TDs on the ground. It seemed like a sure thing that he’d end up drawing attention in the draft whenever he declared. Then his college career underwent a big change.

The following season, he decided to transfer from Houston after just 4 games. He would wind up transferring to Miami, where he remained a solid starter, but wasn’t quite as prolific in his first year as he had been during his breakout season at Houston.

This season, he only played 3 games before suffering a shoulder injury that required season-ending surgery. Over the course of those last few seasons, he watched his draft stock plummet to the point that he isn’t even viewed as a top 10 quarterback in draft class that is viewed as somewhat weak.

Still, that might not mean the end of his chances at a spot in the NFL. It turns out that some NFL teams are reportedly interested in him as a wide receiver.

Source: Former Hurricanes and Cougars QB D’Eriq King is drawing interest from NFL teams as a slot receiver with the versatility to play quarterback, especially as a red-zone threat on running plays.https://t.co/ElY4kQvWHM

While this tends to be a suggestion that is met with criticism, it is an interesting idea for King. King spent time as a receiver at Houston before making the full-time move to quarterback. He secured 29 catches in each of his first two seasons as a Cougar, turning them into 228 yards as a freshman and 264 yards the following year.

With how far King’s stock has fallen as a quarterback, this could be an idea that makes sense for him to try and keep his NFL hopes alive. It will be interesting to see if it’s an idea that he considers.