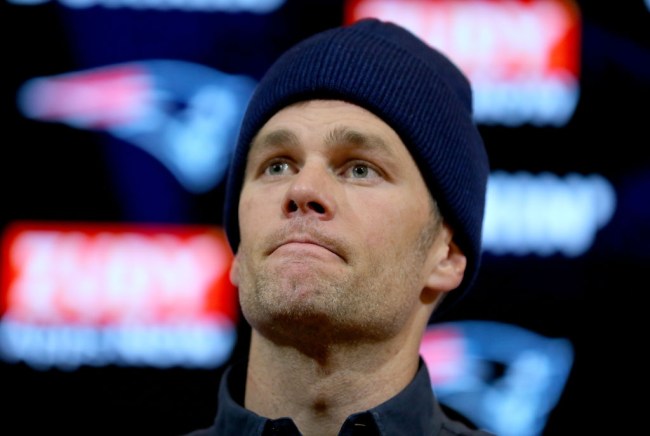 Tom Brady officially signed with the Buccaneers on March 20, just 35 days ago, and he’s already managed to get under the skin of some teams around the league.

Earlier this week Brady decided to leave his home and get in a workout in a local park. No big deal, except the park was actually closed due to Tampa’s stay-at-home order. It’s unclear whether bad boy Brady was cited for being in the park.

His park incident is nothing compared to his absolutely inexplicable decision to leave the home earlier this month to visit his new offensive coordinator Byron Leftwich. Nobody would have ever even known Brady went over to Leftwich’s home, but he managed to mix up the houses and walked into the house next door.

With Florida announcing a stay-at-home order on April 1 and the NFL issuing new rules where players essentially can’t have any sort of in-person interaction with coaches, Brady’s actions are a no-no and teams around the league want to see him punished.

According to Jason La Canfora of CBS Sports, teams are actually anticipating ‘stern discipline’ for Brady from the NFL office.

NFL teams are miffed about Tom Brady's interactions with staff members in Tampa despite restrictions. They are anticipating some stern discipline from the NFL office. Many have conveyed their dismay to league officials

It’s almost impossible to wrap our heads around this situation, but with the NFL not having any sort of offseason plan in place and with players not even allowed to have virtual film studies with coaches, Brady may actually see some sort of discipline from the league.

Let me repeat that, the greatest quarterback in NFL history may receive some sort of disciplinary action because he got caught visiting the home of one of his coaches.

If you think this sort of situation would have been a story at all if it involved literally any other player in the NFL you are wrong and need to do some soul searching.

One this is for sure though, 2020 remains to be the absolute worst.