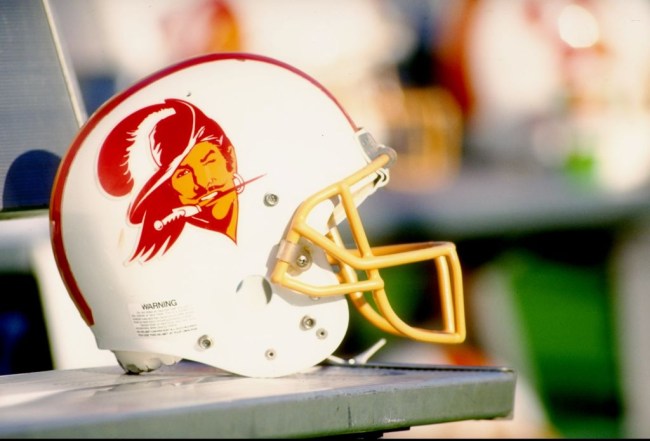 In light of recent events, I’ve been trying to figure out some ways to get my blood pumping and my adrenaline flowing while essentially confined to my home, and after resisting the urge for as long as I could, I ran out of willpower over the weekend and am officially back on my eBay bullshit.

I caught the online auction bug about a decade ago when I was in college during a time when no outfit was truly complete without a snapback to tie the whole thing together. As a result, I spend far too many hours and far too much money I didn’t really have bidding on hats emblazoned with the best logos minor league baseball has to offer.

I was also an absolute sucker for throwbacks and retro blasts from the past and still have a Hartford Whalers lid and one from the 1992 U.S. Open in my closet because you never know when they might come in handy.

Sadly, the NFL doesn’t seem to have the same appreciation for nostalgia as I do, as the league effectively banned throwback helmets in 2013 when it instituted a rule that forbids teams from using more than one design per season and cited “safety” to justify its reasoning.

With that said, there may be a ray of hope on the horizon if Tampa Bay Buccaneers coach Bruce Arians is to be believed.

Earlier this week, Arians chatted with Dan Patrick, who asked him when the vintage Creamsicle jerseys will be making their grand return and the coach appears to have some inside information, as he stated the rule will be no more once 2021 rolls around.

According to Pro Football Talk, the NFL says a rule change has been proposed but nothing has been finalized but I would be devastated if Bruce ever lied to me so I’m going to take his word as gospel.

I also can’t think of a better excuse to take a look back at some of the throwbacks that have been gone from our lives for far too long, and after looking at the alternates, there are five in particular I need more than any other. 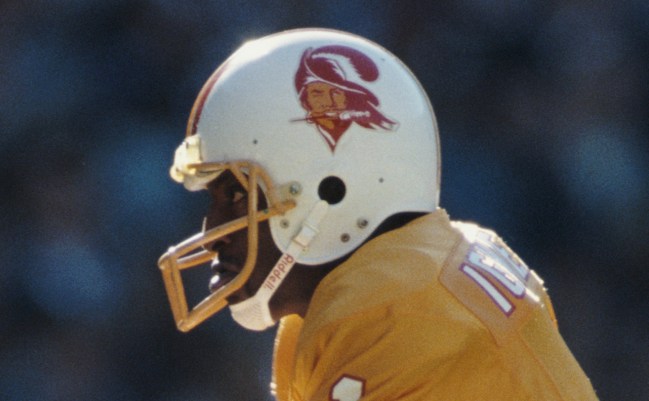 Tampa Bay entered the NFL as an expansion franchise in 1976 and apparently decided to take some inspiration from the color palette of your typical living room at the time. The Creamsicle uniform has its fair share of haters, but in my opinion, they’re kind of like a lot of supermodels; sure, they might be a little weird looking but they’re still drop-dead gorgeous.

The franchise tasked a cartoonist at a local paper to come up with a logo and he dreamed up the debonair rapscallion who was eventually dubbed “Bucco Bruce,” who had a solid 20-year run until he was replaced by the flag the team currently uses when Tampa Bay changed its color scheme.

I’m pulling harder for Bruce than the kids in Matilda. 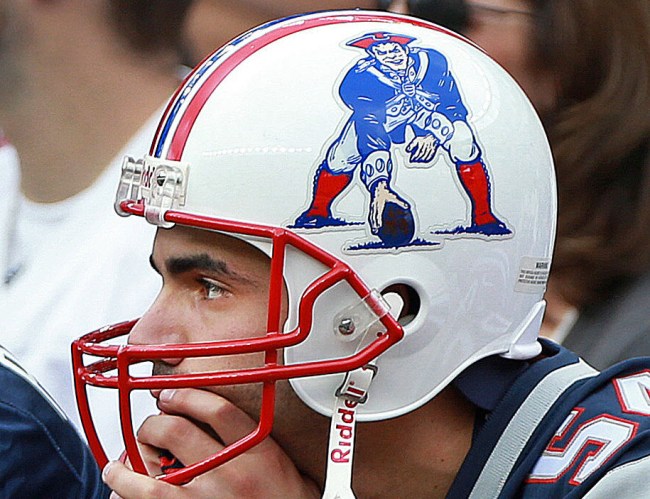 Good ol’ Pat was also drawn up by a cartoonist who was working at a newspaper in Worcester in the 1960s and served as New England’s primary logo for over three decades until he was replaced by an Elvis Presley lookalike in 1993.

In 2009, Pat made his grand return when the Patriots started rocking their vintage red uniforms but he sadly disappeared from our lives when the aforementioned rule was instituted a few years later. However, he still remains a fan favorite and there’s little doubt he’ll be resurrected if the NFL reverses course. 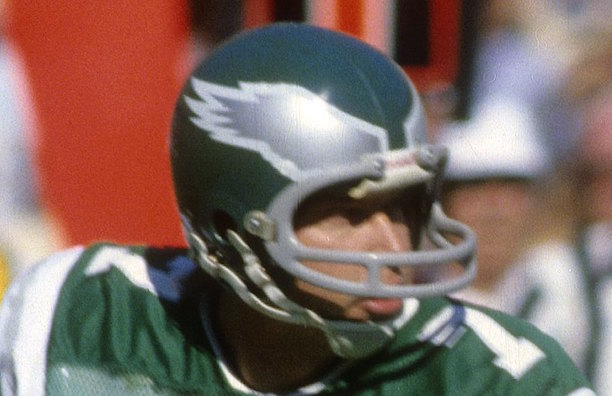 The Eagles have had a number of different logos and uniforms over the years but I’m pretty sure they peaked with the one Marky Mark wore in that movie. 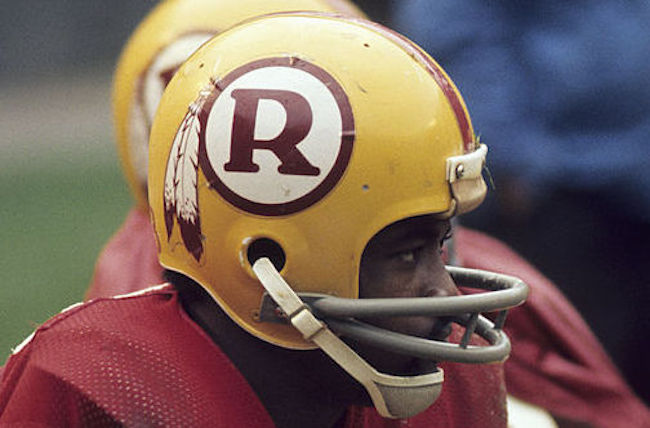 In 1970, the Redskins decided to switch things up a bit and introduced a new logo and color scheme but it didn’t get the warmest reception, and while they consulted with a number of tribal leaders while designing the one they use today, Dan Snyder’s “I have Native American friends” excuse hasn’t done much to quell the controversy surrounding the team.

Given the owner’s unapologetic stubbornness, it’s doubtful the Redskins will be reverting to these at any point in the near future but I personally think it’s an objectively better look even if you don’t take casual racism into consideration. 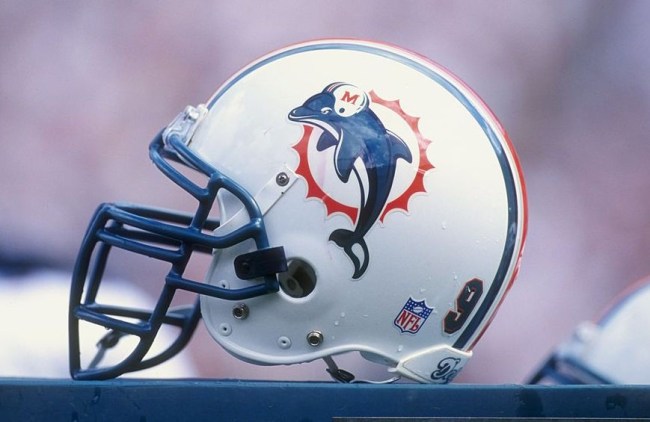 The original Dolphins logo had one hell of a run, as it was featured on the side of the helmet from the team’s inception in 1966 until it was replaced in 2013 by a helmetless dolphin because Miami could apparently care less about the safety of its mascots.

It wasn’t the most radical change in the world but there’s just something I love about having a helmet on a helmet. I hope the organization feels the same way.