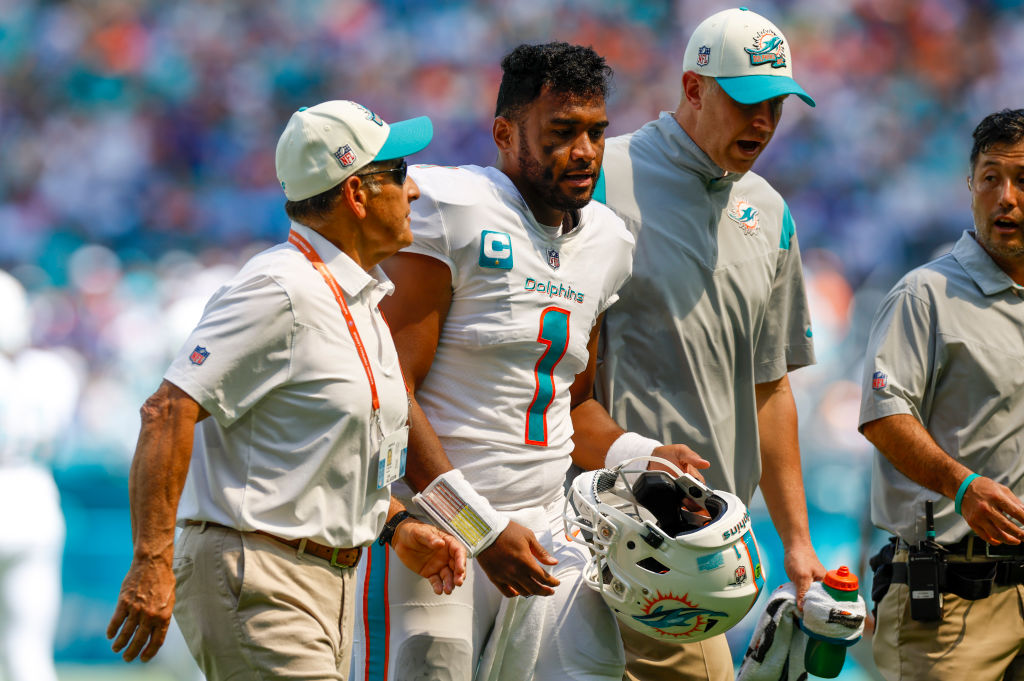 The NFLPA is launching an investigation into the Miami Dolphins’ handling of Tua Tagovailoa’s concussion check.

On Sunday, Tagovailoa appeared wobbly after taking a late hit before halftime of the Bills-Dolphins game.

Tua Tagovailoa took a hit that resulted in a roughing the passer.

He is woozy after his head hit the turf and is being taken out of the game by medical staffers.

Tua returned to play in the second half and the Dolphins apparently told NFL insider Ian Rapoport that the QB had suffered a back injury,not a head injury on the play.

My understanding of the Tua Tagovailoa situation: He tweaked his back in the 1st quarter on a sneak and didn’t miss time. After the Matt Milano hit, his back locked up — leading to him wobbling. Into the locker room for a full concussion check. Fully cleared. Now on the field.

After the Bills-Dolphins game, the NFLPA announced they were launching an investigation into the Dolphins.

Under the 2020 CBA, the NFLPA, NFL Management Council or any player has the right (independently or collectively) to bring forward a complaint about an alleged failure to follow concussion protocol, to be investigated and resolved by the union and management council.