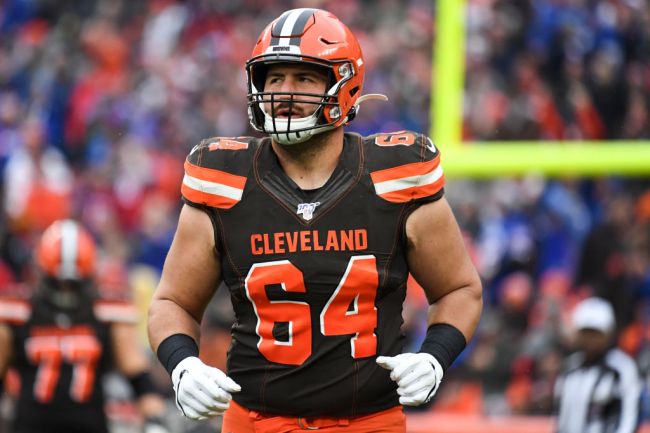 The NFL and NFLPA don’t see eye-to-eye on a lot of topics, and that’s especially been true over the past 18 months or so in dealing with the virus. The NFL wants things to go one way, while the Player’s Association would rather things be done another.

One of the biggest topics of discussion as of late is daily testing, or the lack thereof.

The vaccination rate for players in the NFL is significantly higher than the national average, but that doesn’t cut it for NFLPA president and Cleveland Browns center JC Tretter.

Tretter released an edition of ‘President’s Corner‘ on Tuesday calling for the NFL to begin daily testing again, regardless of a player’s vaccination status.

“Despite our vaccination rates being extremely high, we have seen that the Delta variant can infect and spread among vaccinated people,” Tretter wrote. “That means, at the moment, we are in a worse spot this year than last year because the NFL has backed off a key component of our previous success: daily testing.”

Writing that the league is ‘in a worse spot this year than last year’ just 48 hours prior to the season opener is quite a statement for Tretter to make.

Tretter also went on to explain that the NFLPA has been pushing for daily testing for months now. Since the start of training camp, the NFL has adjusted testing of vaccinated players from every 14 days to once a week, but that isn’t enough in the eyes of Trotter.

“The NFLPA saw this coming months ago and has been advocating for a return to daily testing because it is more effective way to stop and prevent the spread of the coronavirus in our locker rooms. However, the NFL decided to move to weekly testing; and while that is a step in the right direction, it leaves us open to many of the same problems we’ve been facing.”

Unfortunately, the virus is going to impact teams around the league again this season. Right now it seems like the NFL is going to hold firm with their current safety protocols, but all of that could change if outbreaks do occur throughout the campaign.