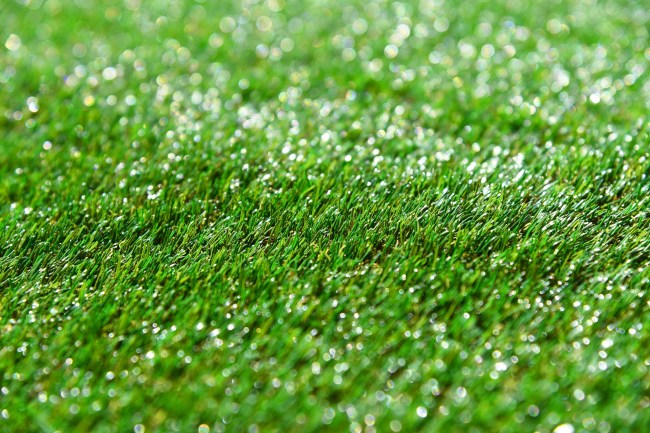 The NFL has an injury problem right now. For proof of this, you need to look no further than the San Francisco 49ers injury report. The Niners played back-to-back games at Met Life Stadium in NJ and 49ers Head Coach Kyle Shanahan pointed to the field’s artificial turf as the source of the team’s crippling injuries.

This prompted the NFL to conduct a Clegg Test which is a test designed to measure the hardness of a surface by dropping a Clegg Hammer across the level surface and measuring the Gravities value (Gmax) across various portions of the surface. The test can apparently be done in 30-seconds and doesn’t require much training. This is how they tested the artificial turf of the NFL field after players and staff specifically called out the turf as the source of the injuries, by dropping a hammer.

JC Tretter is the NFLPA President and a Center for the Browns, and this week he’s coming out in favor of every NFL team ditching artificial turf in favor of natural grass and he’s bringing receipts on why they should. He published an article on the NFLPA’s website calling on teams to make the switch and cites injury rates along with anecdotes about his own experience with turf.

He says he played ‘almost exclusively’ on turf in college and wasn’t in tune with what it was doing to his body until he made the jump to the NFL where he was constantly playing on the two surfaces interchangeably. This is when he noticed how much of a burden turf was on the body:

I began to understand exactly why my teammates disliked the practices on turf. Whenever I practiced on an artificial field surface, my joints felt noticeably stiffer the next day. The unforgiving nature of artificial turf compounds the grind on the body we already bear from playing a contact sport.

First, a bit of physics: Professional football players put extremely high levels of force and rotation onto the playing surface. Grass will eventually give, which often releases the cleat prior to reaching an injurious load. On synthetic surfaces, there is less give, meaning our feet, ankles and knees absorb the force, which makes injury more likely to follow. (via NFLPA)

"Whenever I practiced on an artificial field surface, my joints felt noticeably stiffer the next day. The unforgiving nature of artificial turf compounds the grind on the body we already bear from playing a contact sport." – President @JCTretter

Based on NFL injury data collected from 2012 to 2018, not only was the contact injury rate for lower extremities higher during activities held on artificial turf, NFL players consistently experienced a much higher rate of non-contact lower extremity … https://t.co/pQMaWnlO9S

As the NFLPA President, he is calling on every NFL team to ditch artificial turf in favor of natural grass. He says earlier this season the NFLPA “tasked artificial turf manufacturers with developing a surface like natural grass” but they have no assurances this will happen. The NFLPA has also issued demands to cleat manufacturers to make turf-specific gear that fits their needs but they don’t want to sit around and wait for the industry to meet their needs while NFL players continue to get injured. Instead, they want grass now.

In his statement published on the NFLPA’s website, he outlines how the Clegg Test only measures the hardness of surfaces which is limited in scope. Often times with artificial turf it’s the ‘stickiness’ that players describe as creating havoc for them and this test has no bearing on that.

He argues that the NFL is already dangerous enough and the players shouldn’t have to risk their bodies while waiting on innovation from the artificial turf industry. He’s right. They shouldn’t.

Every NFL team is fully capable of installing natural grass on their fields and in their practice facilities. It will take more work for some than others but if it means fewer injuries to the players then it should 100% be put into effect.