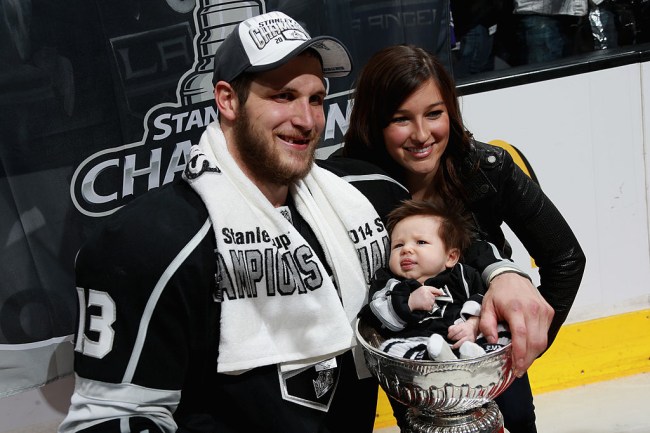 I don’t think there are many people out there who would turn down the chance to be a professional athlete if they suddenly found themselves blessed with the talent required to follow that career path, as it seems a whole lot more enjoyable than your typical 9 to 5.

There are obviously some things that would take a bit of getting used to, as your average office worker doesn’t have to deal with millions of fans scrutinizing the accuracy of their spreadsheets on Twitter or members of the national media questioning their work ethic while discussing how often they go to the bathroom on an average day.

However, I’d say the downsides are easily outweighed by the perks—namely the boatloads of money you’re probably not getting paid for punching a clock. There are also plenty of people of the female persuasion who are particularly attracted to guys who play at the highest level of their sport (and/or their salaries), which isn’t the worst thing in the world if you’re a single guy with a hotel room to yourself in every city you visit.

Of course, most people eventually settle down, which is when life on the road starts to take more of a toll, as spending half of the year bouncing around the map is particularly tough when it results in you not being able to see the people waiting for you back home for weeks at a time.

If you’re planning a family, you also have to take certain factors into consideration, as the last thing you want to do is get a phone call informing you that your wife in Boston is going into labor while you’re in the locker room getting geared up for a game in Los Angeles. However, even if you’re able to make it into the delivery room in time, nobody involved is going to be particularly thrilled when you have to leave to rejoin your team shortly after leaving the hospital with a newborn.

ESPN recently took a look at the thought process that goes into having a kid as a pro athlete when it spoke with some NHL players who got busy with their spouse last fall to ensure they’d be around to welcome the newest member of their family this summer. Sadly, they somehow failed to anticipate a pandemic would result in the season extending into July and beyond.

The story came to the attention of The Athletic’s Mark Lazerus, who said he once had a similar discussion about the logistics of family planning with an unnamed hockey player who revealed November is the NHL’s unofficial mating season.

This is really good, and a great idea for a story. I once asked a player if NHL players try to time their kids for July/August births. His response: "Oh, yeah. Whole lot of f***ing in the NHL in November." Best quote I ever got and I never could use it. https://t.co/XVKy0ZHO2a

You learn something new every day.