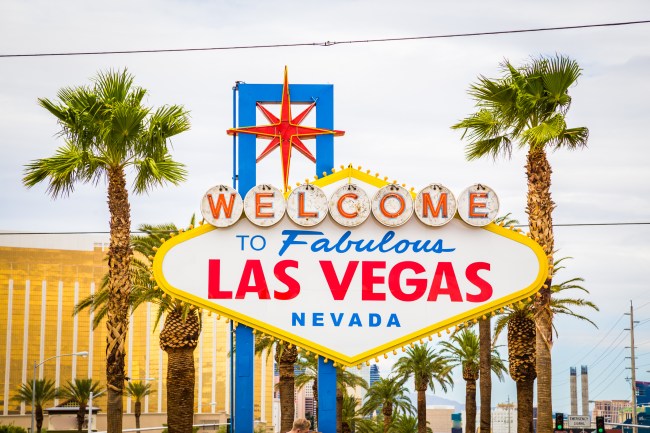 The Vegas Golden Knights were the most surprising story in professional sports last year. In their very first season as a pro sports franchise, the Vegas Golden Knights finished first in the Pacific Division with the 5th best overall record in the NHL. After that, they went on to win the Western Conference Finals and then faced the Washington Capitals.

It was completely inconceivable that a team in its first year of existence would make the playoffs let alone play in the Stanley Cup Finals as the best team in the West. The Golden Knights were hot ALL season long.

They absolutely dominated at home (29-10-2) but also performed really well on the road (22-14-5). Their home record had a lot of fans, players, and pundits discussing the ‘Vegas Flu’ as a potential factor of the Golden Knights’ success. The ‘Vegas Flu’ is the sickness or sluggishness that someone comes down with from partying hard in Las Vegas, staying up too late, hitting the tables, clubs, and spending time in smoke-filled casinos.

These NHL players like to party just as much as the average human being if not more because they’re all rich. Vegas is the playground of the wealthy. Taking a step back, this ‘Vegas Flu’ conspiracy theory certainly seems plausible.

ESPN hockey writer Emily Kaplan held a roundtable discussion with some of the NHL’s biggest stars and asked them all about whether or not the ‘Vegas Flu’ is real. It’s interesting to see how some of the players are trying to be diplomatic and say that the Golden Knights were really that good while others straight up admit to partying in Vegas. Here’s what a few of them had to say when asked if the ‘Vegas Flu’ is real. The most telling answer comes from the Golden Knights’ goalie himself.

Jonathan Toews, Chicago Blackhawks center: If I’m being serious, I think Vegas just played well; every game they had a chip on their shoulder. It was a tough building to play in, and they fed off that energy. Regardless, if other teams were having too much fun in Vegas or not, they were a really good team that was tough to play against.

Max Domi, Montreal Canadiens center: It was totally different there. I remember the last game we played in Vegas, on the way to the game — I had a routine, it wasn’t going to throw me off too much, but I want to play one hand of blackjack before I play hockey. Just one hand, and I did it. I lost.

Anders Lee, New York Islanders winger: We didn’t catch it, thankfully. We might have gotten the sniffles, but we came out on top in Vegas. We just handled it like professionals, go in and do the right thing. Thankfully we got in a few days early, so we were able to go out as a team and have fun, but we were able to get back to business and go about the game.

Bo Horvat, Vancouver Canucks center: It was really tough; we knew that first-hand. We did have some good games there, but it’s a really electric building. The fans are crazy. They are right on top of you; it’s crazy loud in there.

Marc-Andre Fleury, Vegas Golden Knights goalie: For visiting teams, yeah. They were probably looking for some reasons of why they lost. (via)

There were players who said the Vegas Flu isn’t real. They seemed focused on giving a diplomatic answer and didn’t want to own up to the partying. There were also players who were brutally honest and owned it. I’m sure the Vegas Flu changed player to player but I’m 100% convinced it’s real. You don’t go to Las Vegas without partying at least a little bit if you’re the type of person who likes to party.

ESPN hockey writer Emily Kaplan also asked the players about financial advice and if they have any regrets. It’s amazing to see how many of these dudes went straight for the sports cars.

T.J. Oshie, Washington Capitals winger: Probably not pick up as many tabs as you did. Maybe save some money in the bank. I was pretty generous. I had a lot of friends. To me, I didn’t grow up with a lot of money, so if I spent it on my buddies, I was fine with it. I guess I still am fine with it, but once you get a wife and you have kids, you realize you want to be able to leave them something, maybe a little more than you wanted to pick up your buddies’ burgers and beers. I wish I would have saved a little more, but I still have a little room to get something going for the kids for when I’m gone.

Chris Kreider, New York Rangers winger: Be smart. Don’t buy two houses at the same time. I found that out the hard way.

Nathan MacKinnon, Colorado Avalanche center: You don’t need a $3,000 suit to look good. They all look the same. I’m buying way cheaper suits now than I was when I was 18 or 19, for sure. Get them at Neiman Marcus.

Ryan Johansen, Nashville Predators center: I bought a fancy car my third year in the league. A Ferrari. But I definitely don’t regret that.

I asked a bunch of NHL players how real the Vegas Flu was, to propose one NHL rule change and my personal favorite… financial advice they wish they knew as a rookie. https://t.co/B0wwT5doMx pic.twitter.com/B3Wh9LGEh8

As much as I hate Evgeny Kuznetsov for bouncing my Tampa Bay Lightning from the Eastern Conference Finals last season after the Lightning’s best-in-NHL offense went completely cold, I love this man’s stance on spending. Life’s short and you might as well live while you’ve got the chance because you never know what’s coming tomorrow, and you can always work your ass off for more money.

She also went around and asked players about what rule changes they think the NHL should make and what they think about a potential Seattle franchise. I only include a few responses above, there were a lot more, you can check out the FULL ARTICLE by clicking that link!