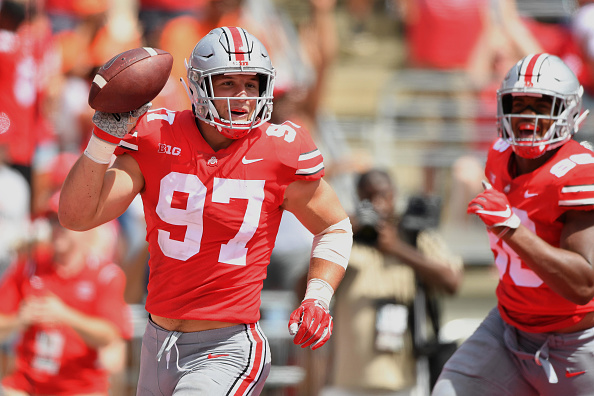 You miss 100 percent of the shots you don’t take.

Last month, Former Miss Ohio and cable news pundit Madison Gesiotto asked a simple question on Twitter about who she should take to the White House Christmas party.

Who should I have as my date for the White House Christmas Party?! 🤷🏽‍♀️🌲

Ohio State linebacker and potential #1 overall pick in the NFL draft saw Gesiotto’s tweet and decided to shoot his shot.

Madison responded to Bosa’s tweet by saying that he needed to get 10k retweets to earn a date with her.

10K retweets and I’ll take you to The White House 🤷🏽‍♀️🌲🇮🇹🇺🇸 https://t.co/rL1QXCnoTS

Despite falling shot of the the 10k retweet goal Bosa was eventually able to score a date with Miss Gesiotto.

He never needed 10k retweets did he lol. Cuz it seems to have felt short by…a few

Universe must have my back ✨ pic.twitter.com/saenNlM6HL