Potential No.1 Overall Pick Nick Bosa Gets Called Out For Liking Instagram Post From Friend That Features N-Word And Gay Slur 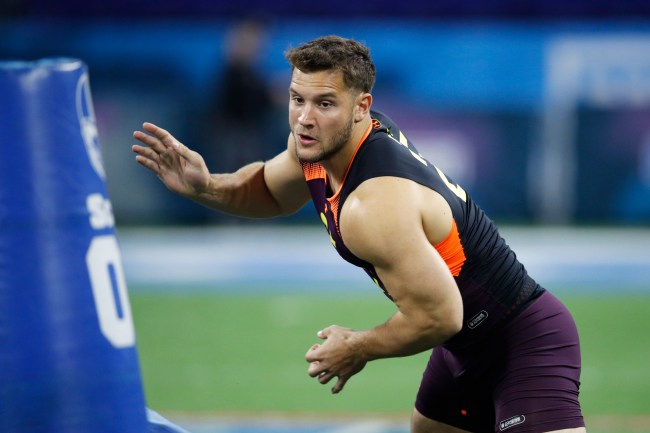 The NFL draft is just around the corner which means social media posts of potential draft picks will be under heavy scrutiny until the draft is over.

Ohio State’s Nick Bosa has been mindful about his past social media political hot takes by deleting several Pro-Trump tweets just in case he gets drafted by the San Francisco 49ers.

[Bosa is] also more politically minded. Last year he seemed to delight in posting political takes, including his support for President Trump, on Twitter and needling dissenters. (He also caused a minor social media stir by criticizing Beyonce, Black Panther and Colin Kaepernick, all eventually deleted.) As the combine drew near, though, his online behavior grew increasingly bland. I asked why he seemed to abandon something he had previously embraced.

Unfortunately for Bosa, someone learned that the OSU linebacker has liked several questionable Instagram posts in the past made by friends that include the N-word and gay slurs.
(Update the Instagram post in question has been deleted)

The Niners, who pick #2 at the draft, don’t seem too concerned with Bosa’s social media activity.

John Lynch on the recent headlines re: Nick Bosa’s social media activity: “In general, we look at everything. We try to be as thorough as we can…. But we also look at, what kind of teammate is he?”

Lynch on Bosa: “I think he’s a great teammate."

John Lynch just concluded his pre-draft availability and it may or may not be smokescreen or a reverse smokescreen, but I came out of it thinking the 49ers are going to select Nick Bosa if he's there at 2.

Todd McShay on Nick Bosa deleting his political tweets: "I don't think it's going to affect his draft stock. I can't imagine — and I've talked to some teams — a team saying we're gonna pass on this guy because he's left or right wing."