A WILD Brawl Broke Out At YouTube Basketballer Nick Briz’s Meet-Up In Florida, Punches Were FLYING 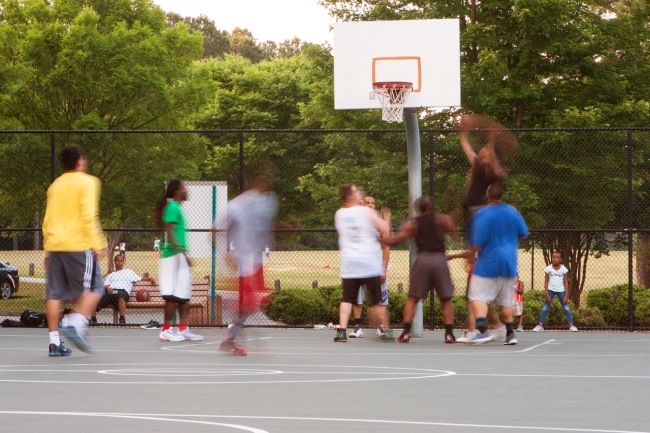 Instagram influencer and YouTuber Nick Briz is known for not only his hard-nosed basketball skills but his abrasive trash talk. The 26-year-old is known for posting videos in which he plays basketball against strangers on community courts. Often times, the back-and-forth jibber jabber goes just a little bit too far and causes a fight.

That was the case on Wednesday when Briz pulled up to Hunt Fountain Park. A full-on melee broke out between players on both sides of the pickup hoops game.

Hunt Fountain Park is in Lakeland, Florida and constantly has people running 5s on the blacktop. Once the sun goes down, the local high schoolers use it to park their cars and get after it— if you catch my drift. It’s that type of park.

The city of Lakeland is full of characters from all walks of life and you never know who will show up to hoop.

That was the case on Wednesday when Briz hosted the pickup game for his channel. Things got chippy FAST and people were throwing hands left and right.

The full video is below. If you want to watch the lead-up to the fight, it provides some context as to why it started and the first real fists are thrown around the 13-minute mark.

However, we’re going to focus on the freeze frame. Jump ahead to 14:01—

He’s not someone you want to mess with, but for SOME REASON, the guy in the black tank top decided to swing on CrsWht.Even Briz says “look at yourself man, that’s a terrible idea!”

Fortunately, someone seemingly broke it up because the video doesn’t end with CrsWht putting the other guy in the hospital.