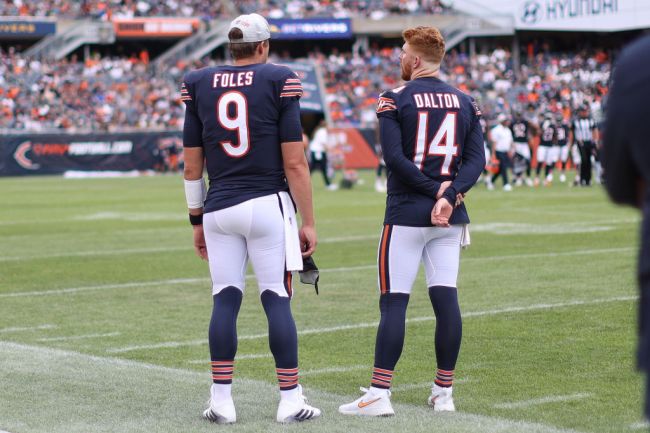 The Chicago Bears struggled offensively against the Browns on Sunday and even the players know the playcalling isn’t cutting it.

On Sunday the Bears offense was absolutely abysmal and was barely able to get anything going throughout the game.

Justin Fields has now been sacked three times. There have been 0 plays that have gotten the Bears QB moving outside the pocket.

What are we doing here?

Lol that’s a shame when your own players know yo scheme sucks https://t.co/HesmYszSVY

@LaurenceWHolmes @paytonsun @danpompei …. When your veteran 3rd string is saying this.. you know it’s bad and Naggy needs to go. https://t.co/RwgRZLonkg

This is you're backup Qb saying this about your Offense Nagy‼️ https://t.co/TnfXCTuNv3