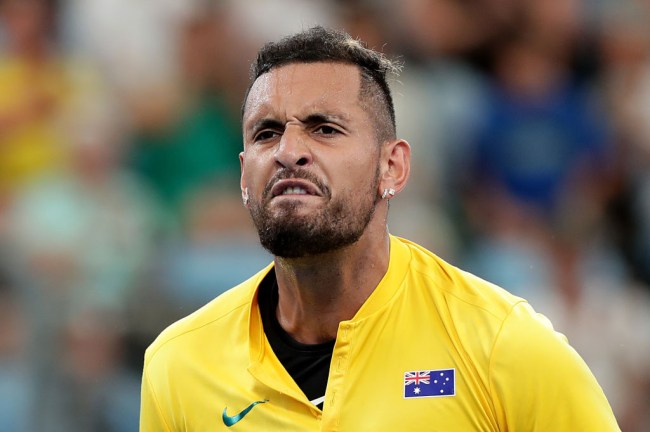 Last week, Novak Djokovic made it very clear he is not thrilled with the current plan to keep players safe as officials attempt to salvage this year’s US Open because god forbid the top-ranked player in the world has to stay at a *gasp* hotel near the airport.

Now, Nick Kyrigios has aired some grievances of his own as the powers that be continue to try to figure out the logistics of running a tennis tournament in the middle of a global pandemic.  As things currently stand, the United States Tennis Association still plans to kick off the US Open on August 31, and while fans will be absent from the event, the Australian seems to think there shouldn’t be any players there either.

While Djokovic wants to sit out unless he can bring his team of coaches and trainers along with him, Kyrigios is more concerned with both safety and practicality, as he called Americans pushing for the event to go on “selfish” for not considering the risks and headaches players from other countries will be forced to deal with.

Smh – people that live in the US of course are pushing the Open to go ahead 🤦🏽‍♂️ ‘Selfish’ I’ll get my hazmat suit ready for when I travel from Australia and then have to quarantine for 2 weeks on my return.

Kyrigios may be okay with run-on sentences but it is clear he is not okay with running on the court at this point in time. Despite not having a net worth that comes close to rivaling Djokovic, Kyrigios is still a millionaire who does not have to worry about making money any time soon. There may be other players who think the financial reward outweighs the risk that comes with going to the tournament but it seems like he’s reluctant to put a price on his health.

A lot can change between now and the end of August but it’ll be interesting to see if the US Open will be dominated by the sport’s biggest stars or if they’ll regret holding it in the first place after the most marketable names in tennis decide it’s not worth the hassle.