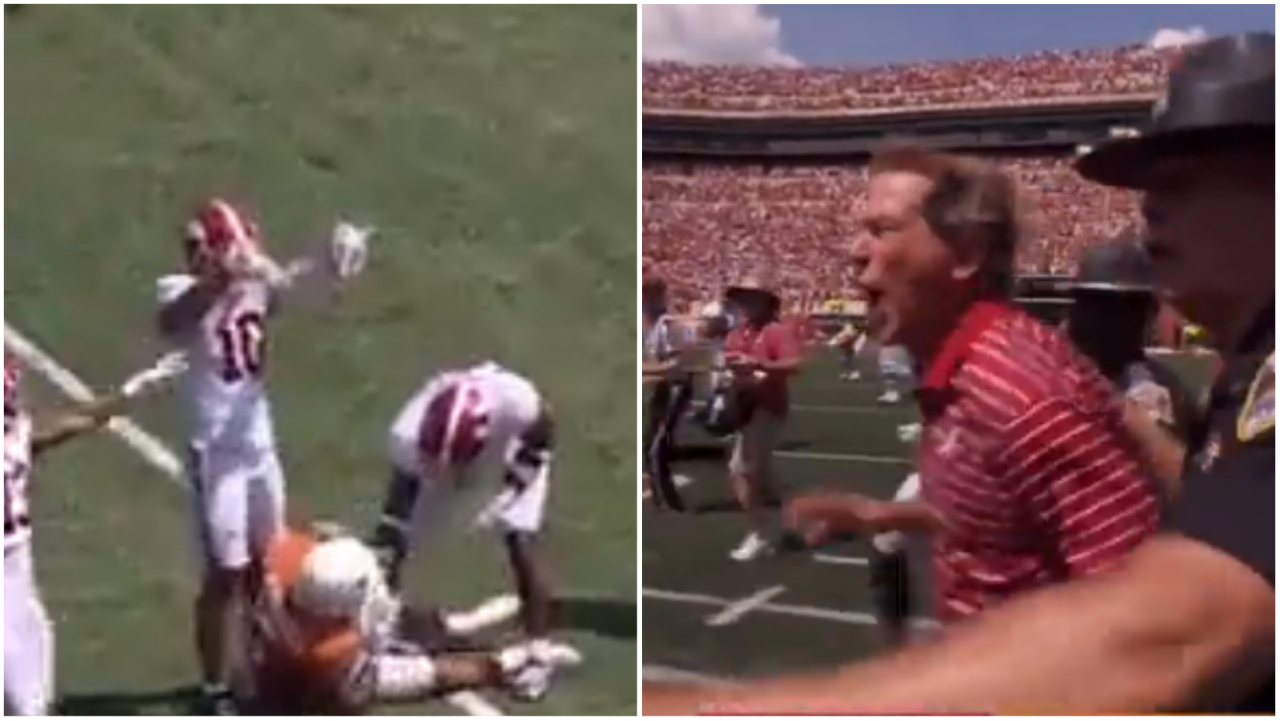 Nick Saban was not happy with one of his players following the team’s close win against Texas.

On Saturday, Alabama avoided getting upset after a heroic effort by Bryce Young that led to a last-minute field goal to win and put Bama up by a point.

WOW 😱@AlabamaFTBL takes back the lead with 10 seconds remaining 🔥 pic.twitter.com/XqWyrSJfYJ

Immediately after the game, an Alabama player stood over his opponent and did the horns down celebration to mock Texas.

An angry Saban saw the disrespectful move and yelled, “don’t do that sh*t.”

Despite Saban’s objections, several Alabama players were seen doing the horns down gesture while leaving the field.

Horns down from Alabama as they leave the field 😬 #FOXFieldPass pic.twitter.com/UeD9gxeCzM