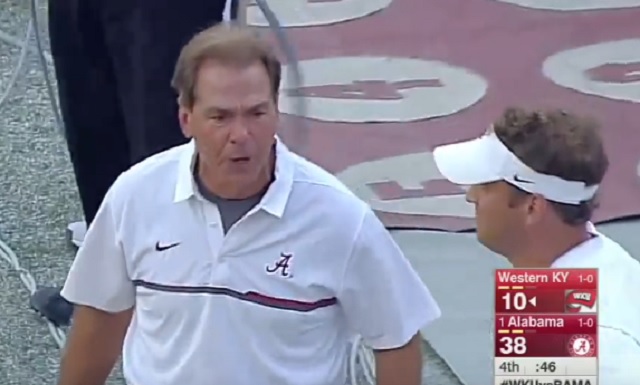 Today, Nick Saban announced that Lane Kiffin will not be Alabama’s offensive coordinator for the national championship game against Clemson next Monday

Saban on ESPN right now: Lane Kiffin out as Alabama OC immediately, Steve Sarkisian in for the championship game.

For the past few weeks, Kiffin, who is leaving Alabama to become head coach at Florida Atlantic University, has taken some subtle shots at Saban about his not-so-pleasant time at the school.

Steve Sarkisian will be taking over Alabama’s offense, effective immediately.