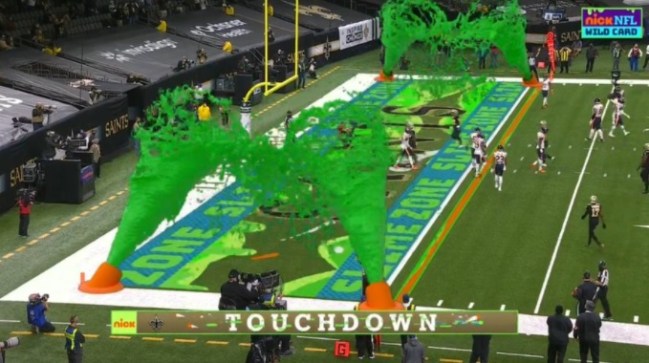 The NFL and CBS sports teamed up to bring a cartoonish broadcast on Nickelodeon in an effort to market the game to younger viewers.

The Nickelodeon broadcast featured former NFL wide receiver Nate Burleson answering questions kids would like to know about football like “what do players do when they have to go the bathroom during a game?”

Nate Burleson explaining to the kids at home what football players do if they have to go to the bathroom during a game pic.twitter.com/ooAwuedk2A

Sunday’s broadcast on the kid’s network also debuted a slime cannon animation after a team scores a touchdown and it’s pretty awesome.

CBS might want to consider bringing the slime cannon to their regular NFL broadcasts.