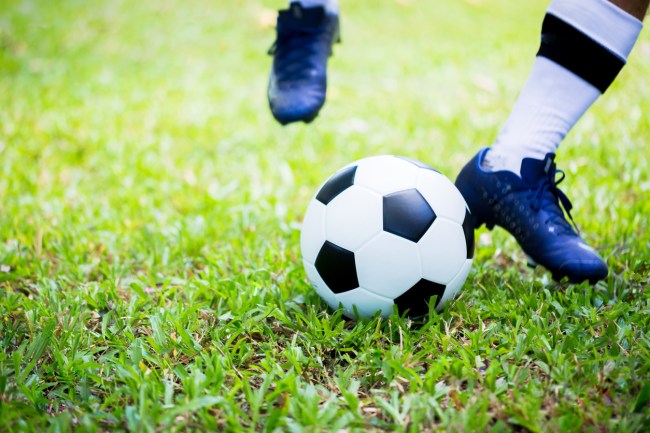 Thursday’s Ogun State Cup final has fallen under scrutiny after the Remo Stars seemingly gave up any chance at beating Ijebu United during some of the worst penalty kicks of all-time. The Nigerian soccer match ended in absolute absurdity and Remo lost 0-3 on PKs.

To get to that point, neither club scored during regulation. As a result, the match went to penalty kicks.

What proceeded to unfold was absolutely ridiculous.

As Ijebu United took its first kick, the Remo goalie stood straight up in net and did not even attempt to save the shot. And then, on the next kick, the Remo player proceeded to boot his kick so far into the stands. It wasn’t over the goal, it wasn’t to either side of the goal.

The kick was BLASTED with full foot and went flying away from the net at a 90-degree angle. It was truly terrible and appeared to be intentional. There was no way that it wasn’t, even though the PK-taker held his hands on his head in an effort to try to make the miss appear genuine.

@OgaNlaMedia @PoojaMedia @IbkSports , I would love you to take a look at the video , ogun state FA cup between Remo and Ijebu United , even if Remo collect bribe , why would a player decide to play penalty this way #OgunStateFaCup pic.twitter.com/IIygWXciVc

But the Remo Stars were not done there. The team also missed its second penalty kick.

Although the second attempt was not nearly as egregious as the first miss, it was seemingly as deliberate. The kick-taker pushed it just to the right of goal at a very slow pace. The keeper didn’t even need to make a save because it was a clear miss off of the foot.

For those asking for the full video of the penalty shootout between Remo stars and Ijebu United , this is the second penalty taken by Remo star@PoojaMedia @Sabastinemma @IbkSports @OgaNlaMedia pic.twitter.com/YUzXihxIx4

Because of the two ridiculous misses, the Remo side has been accused by many of match-fixing. However, according to Nigerian podcast host Ibukun Aluko, the squad had deliberately missed their penalties to protest the officiating.

I found out that Remo stars players deliberately threw away their first 3 spot kicks and their Goalkeeper also remained motionless when the opponents took theirs as a MARK OF PROTEST for the unfair officiating in the game.

No matter the reason for the misses, they were misses. And hilariously terrible ones at that.