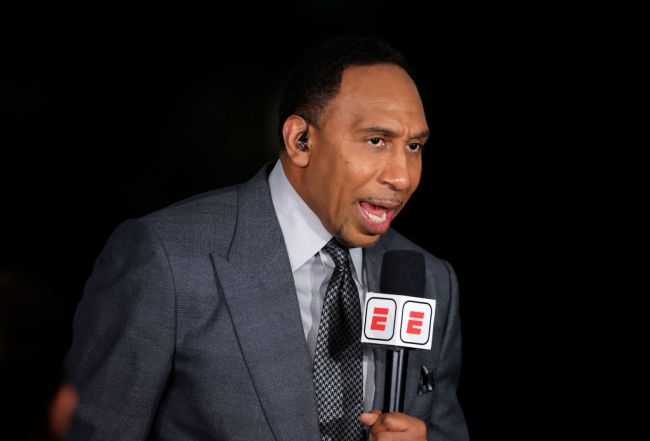 Stephen A. Smith annoyed several people with some of his comments during the latest episode of ‘First Take’.

On Monday, Smith made some offensive comments about MLB all-star Shohei Ohtani when he said Ohtani was “hurting the game” by using an interpreter.

“When you talk about an audience, gravitating to the tube, or to the ballpark to actually watch you, I don’t think it helps that the No. 1 face … needs an interpreter to understand what the hell he’s saying,

During the same episode, Smith mocked Team USA for losing to players from Nigeria whose name he couldn’t pronounce.

“There’s no excuse to lose to Nigeria… [To lose to] some dude Gabe Nnamdi, who goes by Gabe Vincent and plays for the Miami Heat. Or Caleb Agada. Or Nma… however the hell you pronounce his name,” “You give up 60 points on 3’s? Excuse me, you can do better than that.”

The Nigerian basketball team saw Smith’s comments and blasted him after the team beat highly ranked Argentina in an exhibition game on Monday night days after beating Team USA.

We don’t subtweet. So yes we are talking to you @stephenasmith

Put some respect to their names https://t.co/BOZ6dwHGph

Update: Players on the team are responding to Stephen A’s comments.

Stephen A offended Ohtani and Nigeria. In his apology to Ohtani, he identified as “African American”. Don’t claim the culture if U want to disrespect it. If U can say Krzyzewski, U can say Agada. Unprofessional, period… https://t.co/NswnX8wE73

You can critique the other team without disrespecting us. Put some respect on the flag and the mother land! Don’t forget where your ancestors came from !!!! 🇳🇬😁 https://t.co/d7B1lK0nLW

Most disrespectful thing I’ve heard in a while. @stephenasmith is violating over 200 million 🇳🇬’s with statements like this. Those 3 men that he mentioned worked way to hard to be dismissed like that. Say our names properly or don’t say them at all. https://t.co/ybaHJohJmq