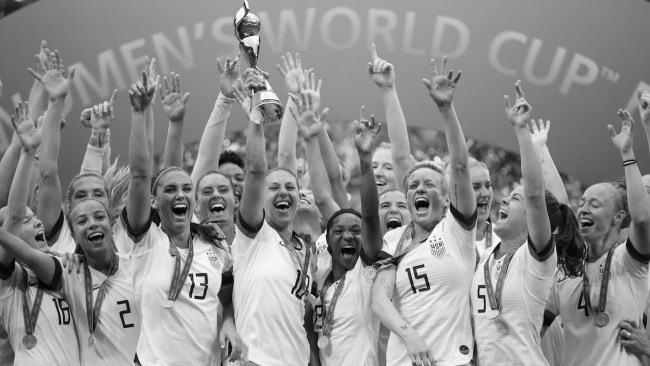 Because they are perpetually on top of their game, Nike was first in line to air a commercial following the broadcast of the 2019 Women’s World Cup Final and BOY was it a doozy.

Proving that they remain the kings of the marketing game, Nike dropped a spine-tingling, chest-pumping, red-white-and-blue-bleeding minute-long advert to commemorate the United States Women’s National Team winning their fourth World Cup title, which is the most in the history of women’s soccer.

Using the framework of the iconic “I Believe That We Will Win” chant (yes, iconic), Nike made sure to remind everyone exactly what this team winning means for everyone else, as the United States Women’s National Team’s influence reaches far beyond the soccer pitch.

This team wins. Everyone wins.

Victory is when we all win. It's only crazy until you do it. #justdoit @USWNT pic.twitter.com/pBU7UE2IEs

The United States Women’s National Team — while undefeated throughout the course of the tournament –certainly did not avoid adversity on the way, as their 7-game win streak en route to their record-setting fourth World Cup title was filled with tabloid headlines and off-the-pitch noise.

Whether it be their 13-0 win over Thailand win in the opening game or Alex Morgan’s tea celebration in the semi-final, the USWNT’s journey to greatness was unlike any the team has endured during their storied soccer history that began at the first Women’s World Cup back in 1991.

However, despite the perpetually increasing pressure, the USWNT delivered at every stage of the tournament, as they not only topped their group, but overcame European heavyweights such as France, England, and the Netherlands during the knockout stage.

With the 2-0 win over the Netherlands, the United States became the second team (in addition to Germany, who won in 2002 and 2007) to win back-to-back World Cup titles.

And now, after a month straight of soccer excellence, this iteration of the USWNT will live on forever as arguably the greatest there ever was.