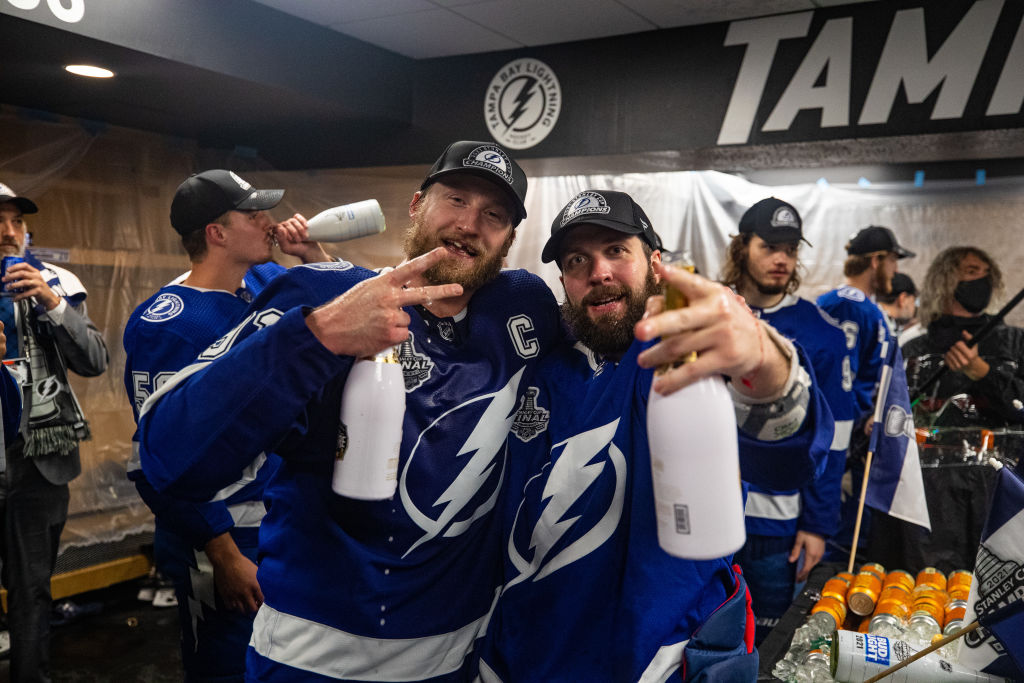 The Tampa Bay Lightning are the 2021 Stanley Cup Champions. I know this because I was at Amalie Arena last night to watch my Lightning win back-to-back Stanley Cups. It was a lifelong dream to be able to see my team raise the Cup at home and now I can check that off my bucket list.

Because I was in the stadium watching the Lightning players celebrate I didn’t watch any of the post-game coverage on TV. This meant I missed the press conference from Nikita Kucherov that became an instant classic. Kuch rolled out there shirtless, drinking a Bud Light, and went OFF on the league for Andrei Vasilevskiy not winning awards despite being the best goalie on the planet and Montreal fans going nuts over one measly win.

Check it out. Here’s the Twitter (shorter clip) and the full YouTube clip that’s a bit longer:

Shirtless Nikita Kucherov chugged a beer. "Fucking back to back."

Just ripped Canadiens fans for acting like they won the Stanley Cup by avoiding a sweep. pic.twitter.com/PMtuZ1NSGF

Nikita Kucherov, before @JoeSmithTB can even ask his question: "Joe, let's hear it." pic.twitter.com/5JQaBCdMdY

Gotta really feel for Nikita Kucherov, who is once again going to have to endure the uncomfortable feeling of smiling for the next two months

This is an all-timer press conference. Kucherov might have redeemed the Zoom Era with one drunken, shirtless ramble. #StanleyCup pic.twitter.com/3tJR4KWpcw

Side note: while Nikia Kucherov is drinking a Bud Light can here, Bud Light just debuted commemorative 2021 Stanley Cup Champion bottles for the Tampa Bay Lightning. Check these beauties out: 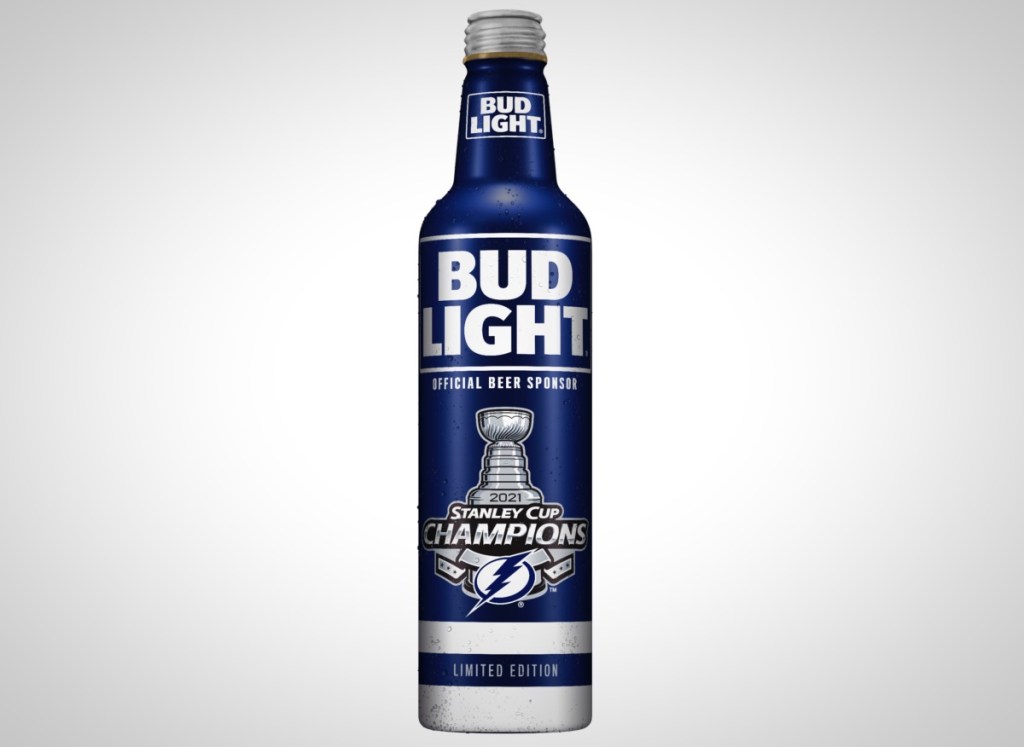 I’m in the greater Tampa Bay area and it shouldn’t be hard for me to track these down at all but for others out there you might have to look a little harder.

When I first opened Twitter this morning, my feed was full of tweets from the saltiest Montreal Canadiens fans angry that Nikita Kucherov called them out for celebrating a single win. I saw Habs fans saying they’d never forget what Nikita Kucherov said and they’d let him hear it next season in Montreal.

Do they really want to poke the Russian bear? Is that reaaaaally going to work out well for Montreal? Spoiler alert: Kuch is going to break records against Montreal next season if they get him fired up enough.

Anyway, this was my view last night.

The other game I went to these playoffs was the 8-0 murdering of Long Island. So I guess I had pretty good luck as a fan in this stretch. Go Bolts.