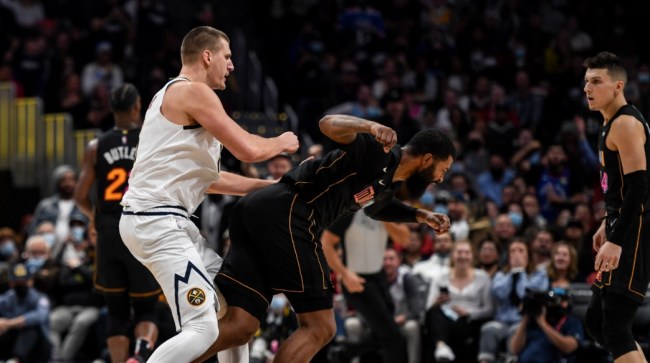 Things got a bit heated at the end of the Heat-Nuggets game on Monday night.

While the Nuggets were up big in the 4th quarter, Nuggets center Nikola Jokic decided to shove Morris from behind, which nearly led to a bench-clearing brawl between both teams.

Jokic was apparently angry that Morris had fouled him hard a few seconds earlier.

Nikola Jokic retaliates against Markieff Morris after his hard foul.

Both Jokic and Morris were ejected while Jimmy Butler was assessed a technical for cursing out Jokic on the sidelines.

Thankfully Morris was able to walk off the court on his own, but Jokic is definitely going to be suspended by the league over his blatant cheap shot.