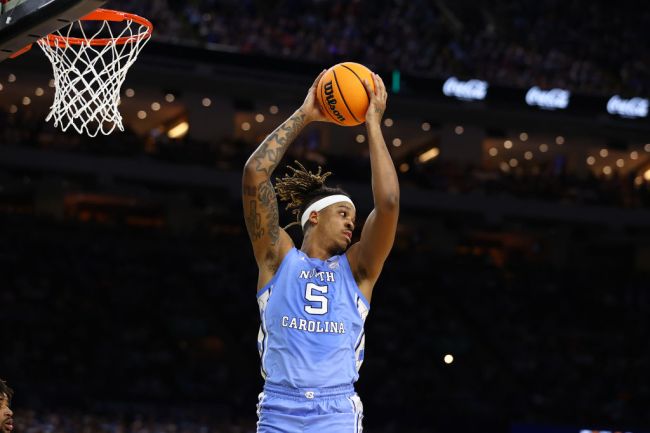 The rivalry between North Carolina and Duke seemed to reach its peak during this past college basketball season.

First, UNC ruined Coach K’s last home game when they beat Duke by 13 at Cameron Indoor in the last game of the regular season to secure their place in the NCAA Tournament. A month later, the teams would meet again, but with much more at stake.

For the first time ever, UNC and Duke met in the NCAA Tournament with a spot in the title game on the line. Once again, it was North Carolina coming away with the win, bringing an end to Coach K’s career.

UNC fell short in the final, but secured the ultimate bragging right over their in-state rival.

However, it seems one of their stars felt the need to take one more shot at Duke a couple of weeks after sending them home.

Today, it was reported that Coach K’s grandson, Michael Savarino would be entering the transfer portal.

After this report, North Carolina star Armando Bacot tweeted at Savarino to invite him to “pull up”.

It is obviously unlikely that Savarino would be interested in UNC or be a target for the Tar Heels. He’s not going to transfer to a rival school after his grandfather’s long tenure at Duke. He also averaged just over 2 minutes per game at Duke, so he’s not going to be a player garnering much interest from the nation’s top teams.

While taking Coach K’s grandson from Duke would be another fun wrinkle in the rivalry for UNC, this will really just amount to some great trolling from Bacot.