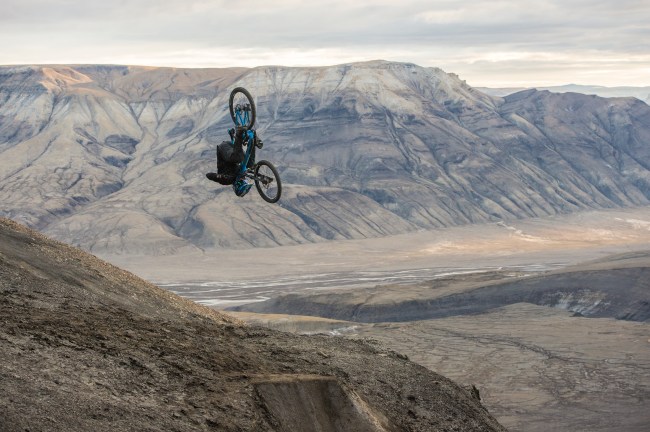 For extreme sports athletes, there’s no trip too complicated, long, or difficult if that adventure leads to the holy grail of rides. Big wave surfers crisscross the globe in search of the perfect wave. Skiers and snowboarders get dropped off by helicopters on the tops of the highest mountains on the planet. And for North of Night, a film from Red Bull, a group of mountain bikers traveled to the tippy top of North America in search of the perfect ride.

Somewhere above the Arctic Circle about as North and remote as you can possibly go in Canada you will find the uninhabited Axel Heiberg Island covered in pristine glaciers. The island is only accessible for about one month of the year because it’s so far north, but during that month an adrenaline junky who knows what he’s looking for will find the wildest, most pristine mountain biking lines on the planet.

Just to give you an idea of how far north this is, as you can see on the map, this is WELL above Iceland: 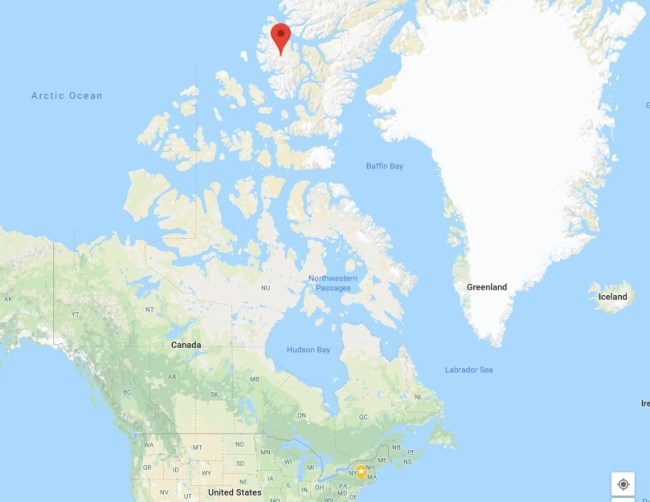 Veteran mountain bikers Darren Berrecloth and Cam Zink were accompanied by emerging stars Carson Storch and Tom van Steenbergen on this adventure to the top of the world:

I know what you’re thinking, that was short. Thankfully, that’s just the trailer for North of Night, the third feature from Red Bull Media House’s The Unrideables series. How exactly do you see the full version of North of Night? Well, you’re in luck. You can get it as a digital download in 4K through Vimeo On Demand, or in HD and SD on iTunes, Amazon, Vimeo On Demand, and Google Play. There will also be a North of Nightfall 3-In-1 Collector’s Edition which includes the film on Blu-Ray, DVD and a digital download and you can get this on Amazon for $29.99 and/or through The Red Bull Shop US. 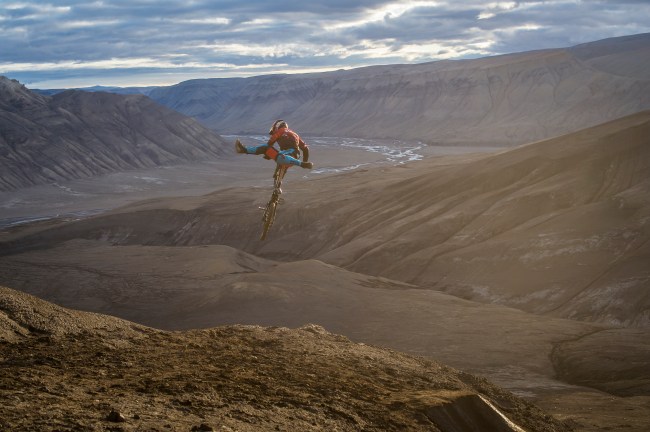 This film will also be screened throughout the United States between now and early August. You can click here to see a full list of those screenings and purchase tickets.