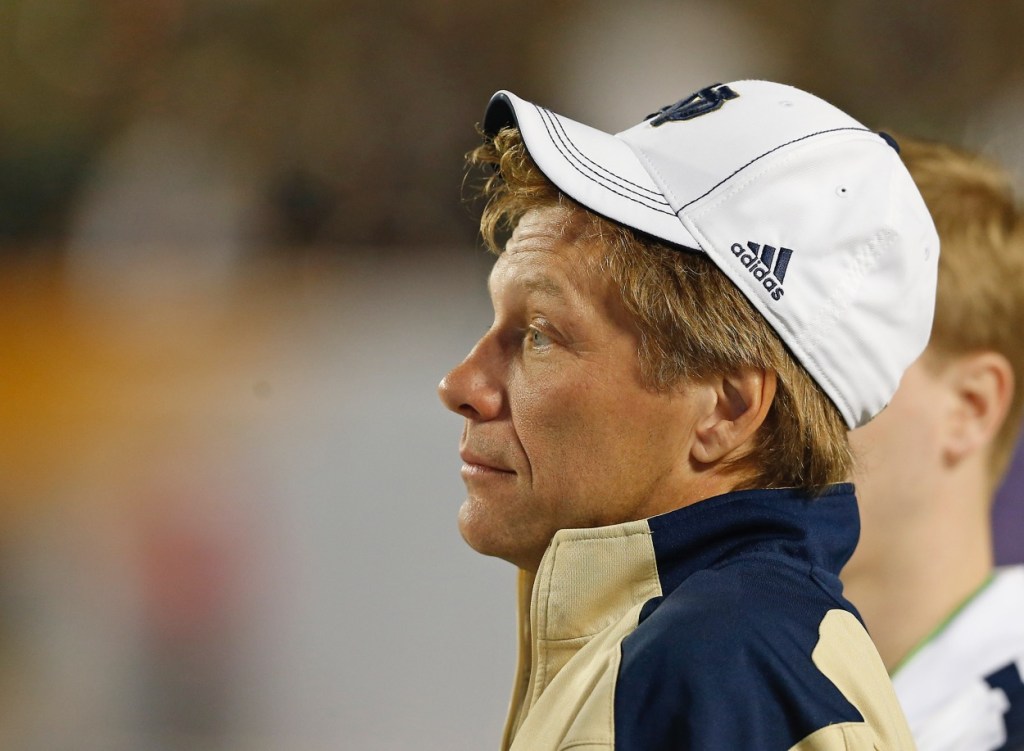 There is a very fine line sometimes between ‘cringe’ and ‘hilarious’. This video featuring Notre Dame Football players singing ‘Livin’ On A Prayer’ by Bon Jovi came close to being cringe but it found a way to cross over to the latter and became downright hilarious.

The players leaned into it. Having headphones one and being unable to hear themselves is really what makes this a great video. The two Notre Dame football players who are singing a duet are the least entertaining because they’re too in sync with one another.

Everything else in this video of Notre Dame player sinking karaoke is an absolute trainwreck and it works perfectly. Side note: Bon Jovi’s connection to Notre Dame is that he’s Catholic and his son Jesse Bongiovi happens to currently be a senior (#34) playing cornerback for the Fighting Irish.

I’d love to see more of this from college football teams. And based on the replies to ND’s tweet, I’m not alone in enjoying this.

Here’s what Fighting Irish fans had to say about this clip.

😂🤣😅 such passion… it was beautiful gentlemen, no notes ☘️☘️☘️

I recommend watching this on mute. I say that with no judgment.

I too am absolutely horrendous at karaoke. I’ve got no singing voice. Nobody ever believes me when I tell them and it always goes “I’m really, really bad at karaoke. I swear.” and they say something like “you can’t be that bad, let’s just do it.” And I get roped into doing karaoke only for the entire place to be embarrassed by me and for me. So I really respect these Notre Dame boys putting their lack of skills on display like this.

One of the most absurd sports stories of the last decade is getting the documentary treatment.
https://t.co/TJaQYTwlBN