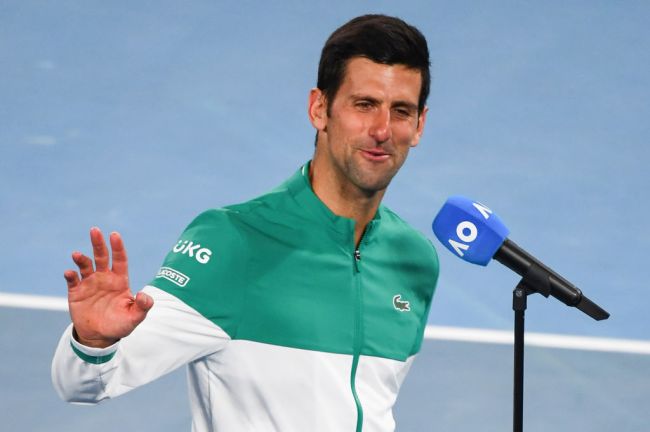 A post-match interview between Novak Djokovic and an on-court reporter made for an awkward moment on Monday. When the interviewer suggested that the tournament’s No. 1 overall seed got frustrated in quarantine leading up to the tournament, she was met with boos from the crowd in attendance.

As fans started to react to the question, Djokovic was quick to ask them to settle down so that the reporter could clarify.

“It’s not a negative term, just being stuck in quarantine for two weeks, was that a bit frustrating?” she rephrased. “You felt you might not get the practice you needed but you showed no loss of form.”

The 17-time Grand Slam champion laughed it off and spun his answer in favor of the crowd. He handled an uncomfortable situation like a pro.

Players were required to participate in a 14-day “hotel quarantine” prior to competing in Melbourne. Strict restrictions were placed on the ability to practice, workout and meet with coaches, trainers and other players.

When the regulations were announced, Djokovic sent a letter to Australian Open boss Craig Tiley with a list of six requests for the players in lockdown. He asked for the length of isolation to be reduced, for players to be allowed access to coaches and trainers in their camp, and for as many players as possible to be moved to private houses with a tennis court for training purposes. The 33-year-old also wanted better food and more fitness equipment to be delivered to the players’ rooms.

His quarantine requests were denied, and the reporter may have been alluding to that notion. Whether it was her intention or not, she did a great job of backtracking, rephrasing and clarifying.