Oh Boy: Novak Djokovic Says He May Not Play Tennis If He’s Required To Get A Vaccine Because He Doesn’t Believe In Them 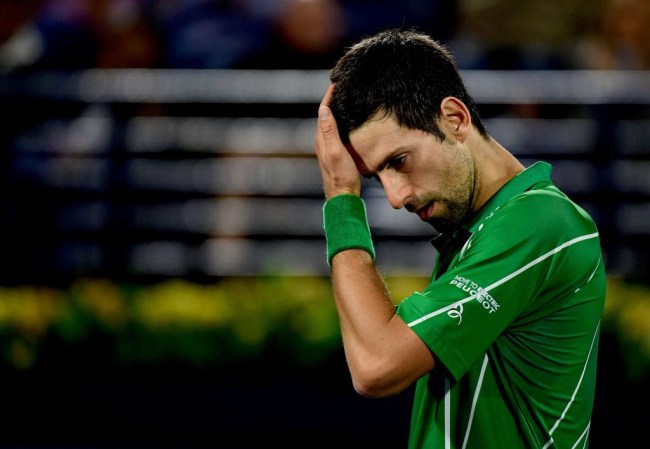 At the tail end of the 20th century, two psychologists published a study outlining a phenomenon they’d observed while examining human behavior and discovered that people who are objectively bad at certain tasks have an uncanny tendency to convince themselves they’re far more competent than reality would reflect.

In the paper, the duo used a man who covered himself in lemon juice before robbing a bank because he figured a substance that’s used to make invisible ink could also make him invisible to cameras in order to illustrate what was dubbed the “Dunning–Kruger effect.” However, if you’re looking for other examples, all you really have to do is hop on Facebook and scroll for about 17 seconds until you find one.

Socrates is often credited with suggesting the only people who possess true wisdom are those who know that they know nothing at all, and while some scholars dispute whether or not he can actually be credited with coining that definition, I personally think it’s a pretty solid axiom regardless of who said it.

Sadly, the world is teeming with people who absolutely loathe any type of information that challenges the worldview they’ve constructed for themselves who will do anything and everything in their power to find ways to debunk whatever inconvenient truth threatens to shatter their precious reality.

A sizable chunk of those people would also probably tell you the Dunning–Kruger effect isn’t real because preserving their beliefs often requires them to have an inherent distrust of anyone who’s dubbed an expert on a particular subject. As a result, we live in a time where people are more than happy to ignore what the world’s foremost experts have to say if they’re able to find a Blogspot post from 2014 that argues otherwise.

In recent weeks, this willful ignorance has led to thousands of people gathering in public because they’re angry at medical experts who’ve had the nerve to suggest that might not be the best thing to do in the middle of a pandemic caused by a highly contagious and untreatable disease.

Those same experts have also suggested there’s a good chance the world may not be able to get back to normal until a vaccine for COVID-19 is developed and a recent study showed the majority of sports fans would be hesitant to surround themselves with other spectators without being inoculated.

Leagues are also grappling with this issue as they attempt to figure out how to safely hold events but one sport could be without one of its biggest stars even if a cure is developed, as The New York Post reports Novak Djokovic recently revealed he’d have to think long and hard about playing again it meant he was required to get a vaccine because he is “opposed” to them.

I cannot wait to see the angry messages I’ll get by saying anti-vaxxers are a special kind of stupid and it appears Djokovic falls into that category, as he revealed he’s apparently one of those people who would be fine with polio making a comeback while chatting with other Serbian athletes on Facebook.

The top-ranked player in tennis implied he might not play if it meant he’d have to get a shot first, saying:

“I will have to make a decision. I have my own thoughts about the matter and whether those thoughts will change at some point, I don’t know.

Hypothetically, if the season was to resume in July, August or September, though unlikely, I understand that a vaccine will become a requirement straight after we are out of strict quarantine and there is no vaccine yet.”

I normally avoid telling athletes to stick to sports but he might want to take that into consideration.