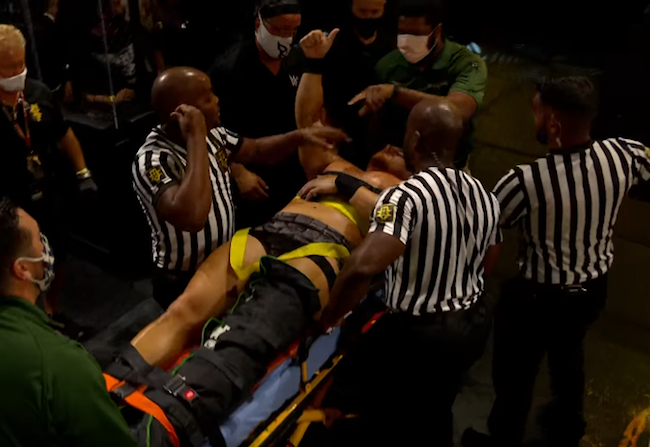 Have to feel for Ridge Holland here, this looks so nasty.

His leg folds underneath him as he attempts to base for Oney Lorcan. He's set for a long spell out injured just as he was primed for a big angle.

Best wishes to him on the recovery! pic.twitter.com/6GsqhJQ8yL

Heel By Nature is reporting that Holland’s knee “was put back in place ringside, while his ankle was cared for at the ER following the injury.”

After receiving medical attention at the arena, cameras showed Holland being taken away on a stretcher. He gave a thumbs-up on his way out to show he was OK.

Holland debuted with NXT in August.