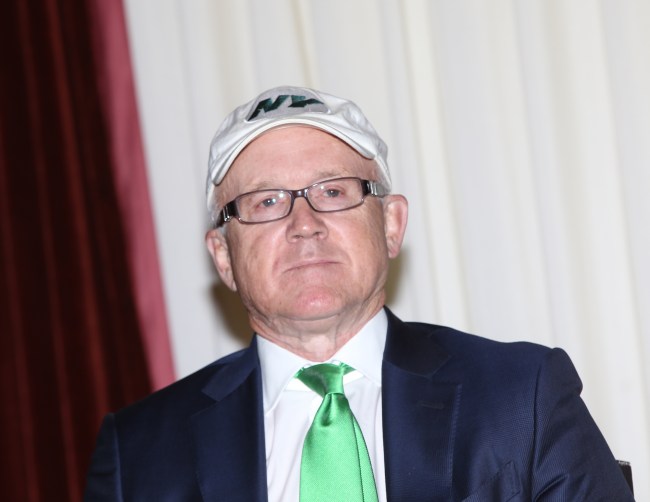 NY Jets owner and US ambassador to the UK Woody Johnson has found himself in hot water after it was revealed that made racist and sexist remarks to his staff while working for the WHite House.

According to CNN, Johnson has been “investigated by the State Department after allegations that he made racist and sexist comments to staff and sought to use his government position to benefit the President’s personal business in the UK.”

NEW: Woody Johnson, billionaire NFL owner & US ambassador to UK, was investigated by State OIG after allegations he made racist & sexist comments to staff & sought to use his gov't post to benefit Trump's personal biz in UK
(w. @kylieatwood & @NicoleCNN) https://t.co/1JfZ9S9N3F

In the report, Johnson reportedly made “racist generalizations about Black men and questioned why the Black community celebrates Black History Month.”

In 2018, ahead of an event for Black History Month — commonly marked at US embassies around the world — Johnson appeared agitated and asked if the audience would be “a whole bunch of Black people,” according to one source.

Three sources said Johnson questioned why the Black community would want a separate month to celebrate Black history and argued that Black fathers didn’t remain with their families and that was the “real challenge.” One source said an official who heard the remarks was “stunned” and that the incident was documented and made known to both the OIG inspectors and a supervisor.

Johnson also allegedly made several remarks that his staff viewed as sexist.

According to one source, at certain public events, Johnson would start his remarks by quipping about how many pretty women were present — reducing them to decorative objects in a way a source described as “just sort of cringeworthy.”

Two sources said the ambassador indicated he preferred working with women, but he suggested that was because women were cheaper and worked harder than men.
He would also comment on the way that the women in the embassy were dressed, two sources told CNN.

Following CNN’s report, fans have called on the NFL to force Johnson to sell his interest in the Jets.

The @NFL and the @nyjets are going to have to deal with this Woody Johnson news in only one way — He needs to sell the team. Anything less is unacceptable.

Can someone please get the Johnson family to sell the Jets? How is he going to say such outlandish BS when a majority of the league is black? 🤦🏽‍♂️ https://t.co/imIgKizNgk

If I’m a player, im never signing with the jets until woody Johnson is forced to sell the team. And if I’m a rookie drafted by them, I’m refusing to sign. This goes beyond football incompetence.