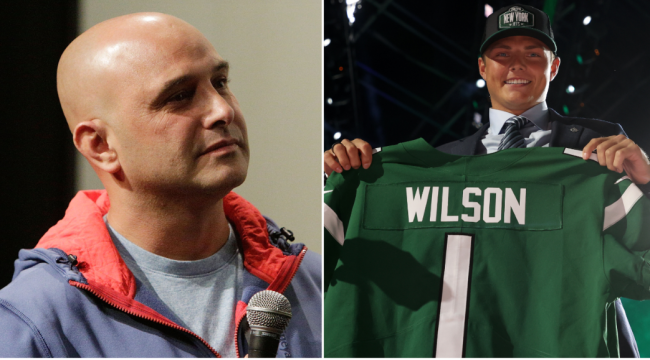 On draft night, Wilson’s mom, Lisa, began trending on social media and even had an article written about her on Page Six.

During his interview with Wilson, Carton asked the Jets QB how felt about the attention his ‘hot’ mom was getting after draft night.

“Your mom has become the lead story, and I say that respectfully because people are like, ‘the star of the first round of the draft is Mrs. Wilson because she’s a very attractive woman.’”

Wilson kept his composure and responded to Carton with a short answer.

Yeah, it’s not my favorite for sure. I like to keep her out of the spotlight. She’s an awesome lady and I love having her support.”

Carton immediately received backlash for his interview with Wilson and went on social media to defend his question.

Craig Carton is an absolute Grade-A stooge, and Zach Wilson handled this question about his mother well. https://t.co/NLRAmQbPhD

Appreciate how sensitive u r but b sure 2 listen 2 what I said versus what u assume I said. I asked him how awkward it was that the Post wrote story about his moms looks, also the #1 trending topic online all day. I didnt ask him bout her looks or 2comment on them Big difference

Hopefully, Wilson has some thick skin because he’s going to deal with a lot of B.S. now that he’s the face of the Jets franchise.