NYC Strip Club Sees Traffic Spike When Certain NBA Teams Are Playing The Knicks At MSG, Including The Rockets 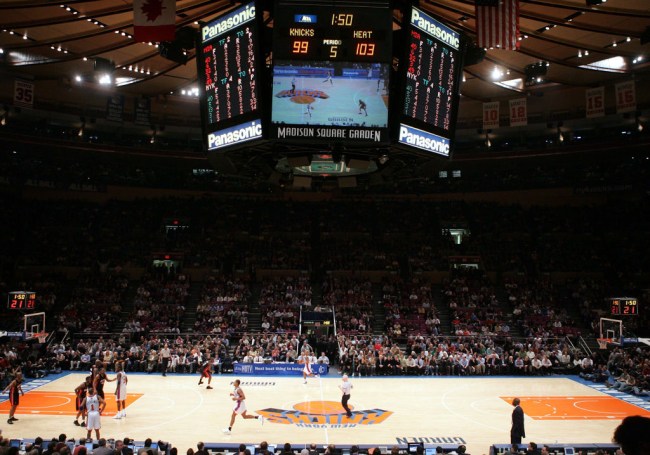 The New York Knicks are having an abysmal season… again. With an Eastern Conference-worst 6-21 record, there really is no reason to pay the exorbitant prices to see the lowly Knickerbockers stink up the joint. But visiting teams have to visit Madison Square Garden when they play the Knicks. It turns out that many teams and their fans celebrate their inevitable win over the Knicks by hitting up a local gentleman’s club. But some teams and their fanbases partake in strip clubs more than others… we’re looking at you James Harden and the Houston Rockets.

Sapphire Times Square NYC Gentlemen’s Club took time away from their busy schedule of lap dances in the champagne room and serving up $12 PBRs to critical analytical research. The strip club examined foot traffic into their den of seduction during Knicks’ home games to see if specific NBA road teams indulge in some T&A (not “toes and ankles).

Their fact-finding mission turned up some titillating results, including certain teams LOVE strip clubs (We’re looking at you Houston Rockets). While you imagine that the Houston Rockets might be the top franchise to frequent the NYC strip club, they were actually only the fourth-amorous NBA team with a 33% increase in foot traffic when they’re in town to play the Knicks.

The Los Angeles Clippers came in third, increasing traffic by 33.6%, while their same-town rival Lakers brought in 34.9% more than a typical weeknight at Sapphire strip club. The team and fanbase that hits up the strip club the most when they are playing at MSG are the Chicago Bulls. According to the Sapphire Strip Club, the Bulls bring in a 35.7 percent increase in foot traffic.

Of course, this isn’t the first time that empirical data has been employed to find a correlation between the NBA and strip clubs. It was just last month that a steadfast number-cruncher discovered a connection to the quality of strip clubs in each NBA city and the effect it may have on James Harden’s performance (on the court).

Redditor u/AngryCentrist found evidence that when an NBA city has a quality gentlemen’s club, such as Miami, that Harden plays worse. When a city has lackluster strip clubs, like Toronto, Harden excels. The scientific study found that New York City has the eighth-best strip club rating of all NBA cities.

Who knew math could be so much fun?