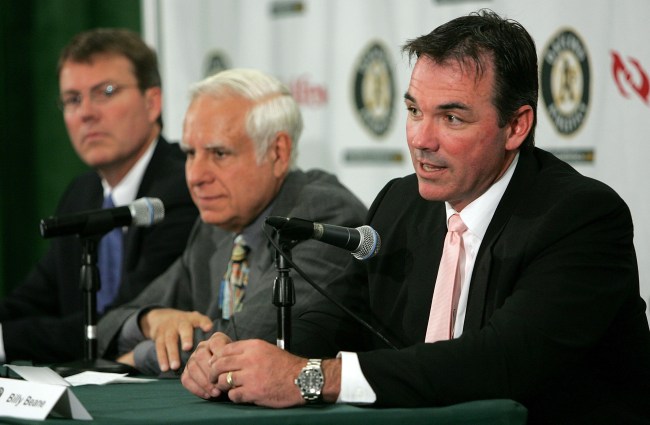 The Oakland A’s just can’t wait to head to Las Vegas. The move has been in the works for a while with the Golden Knights opening the flood gates for professional teams moving to Vegas. Now, the move appears to be closer than ever.

According to a report from Mick Akers of the Las Vegas Review Journal, not only have the A’s narrowed down their list of potential destinations, but they’ve even put in an offer on a location.

All three of the remaining possibilities are located on the Vegas Strip. The one they currently appear to be favoring would be located on the Tropicana’s 35 acres of land. They are also considering one site owned by Caesars Entertainment and one owned by Wynn Las Vegas.

According to Akers, they have made an offer on a site where they would plan to build a $1 billion stadium. The chairman of Bally’s (who owns the Tropicana) has already said that they’d entertain the idea if they were contacted by the Oakland A’s.

All of this planning in Vegas comes while the A’s are also discussing a deal with the city of Oakland that could keep the A’s around. That negotiation is centered around a $12 billion waterfront development project that would include a $1 billion stadium with 35,000 seats as well as housing and office space around the stadium.

The Oakland A’s don’t seem particularly interested in staying put, though, as their front office continues to look at sites in Vegas and it’s easy to see why. The Golden Knights and the Raiders have thrived so far in Vegas and it seems pretty likely that putting a baseball stadium on the Vegas Strip would lead to plenty of financial success.

A move to Vegas certainly couldn’t hurt the team that had the MLB’s second worst average attendance last season.