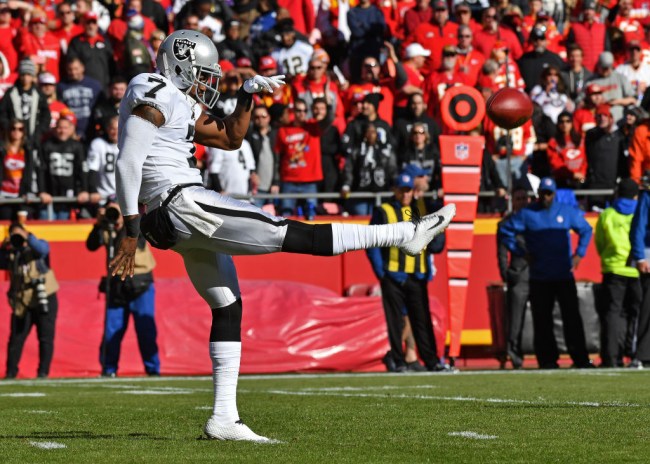 It seems like Jon Gruden isn’t a fan of punter Marquette King better known as the “the punt gawd” for his cocky celebrations after punts.

King, originally signed by the club as an undrafted free agent in 2012, has spent his first six years with the Raiders. Over his six-year career, he has played in 80 games, recorded 426 punts for 19,941 yards (46.8 avg.) and pinned opponents inside the 20-yard line 156 times with 33 touchbacks.

King was a fan favorite while with the Raiders but drew the ire of the coaching staff when he would get silly penalties for his antics.

This move, however, wasn’t all about money.

King has a unique personality, one that may have clashed with new head coach Jon Gruden and special teams coach Rich Bisaccia.

A league source indicated that had an impact in King’s release.

The Internet blasted the Raiders for randomly cutting King.

My goodness. The Raiders have cut Marquette King.

Oakland Raiders have released Marquette King..and I’m here to advocate for him coming to the #Eagles for the right price. His athleticism in a dominant special teams group like the Eagles could fit very well.

SOMEONE PLEASE EXPLAIN TO ME WHY WE JUST RELEASED MARQUETTE KING

Apparently the Raiders informed King when he went to met Gruden and some of the new coaching staff.

Marquette King went over to the Raiders’ facility today to meet some of the coaches. Never got the chance. GM Reggie McKenzie pulled him in, spoke to him and, in the end, informed King he was being released.