Fight Breaks Out Between Raiders And Rams During Joint Practice, Multiple Punches Thrown 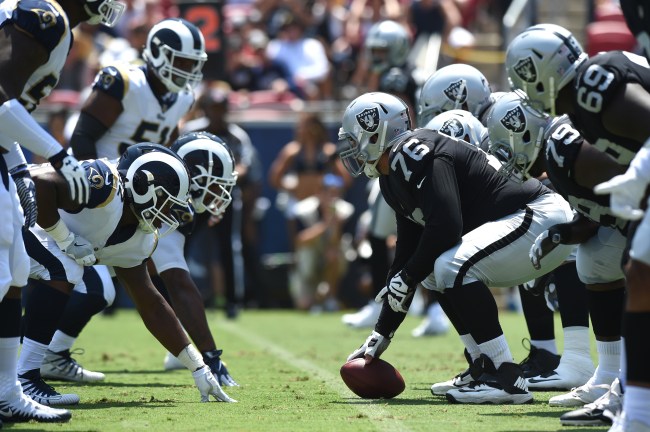 Next week’s episode of “Hard Knocks” is going to be really good.

According to various reports, several fights broke out between the LA Rams and the Oakland Raiders during their joint practice session today.

2 fights between the Raiders and Rams at practice, less than 30 minutes into team stuff. Both sideline-clearing

Some media was on hand to capture some of today’s extracurricular activity between the Rams and the Raiders.

Punches thrown between the Raiders offense and Rams defense at combined practice. Sean McVay sprints over from the field where offense is playing to check out situation. A minute later, play resumes. pic.twitter.com/CCCi90D0Ee

Aaron Donald, who seemed to instigate both skirmishes, sounds like he was having a good time today.

Aaron Donald on today’s practice against the Raiders, which included a few extracurriculars: “A little pushin’ and shovin’ never hurt nobody.”

Hopefully, we get a better look at the action on “Hard Knocks”