Whoa, Whoa, WHOA! The Oakland Raiders Might RE-BRAND After Moving To Las Vegas?! What?! 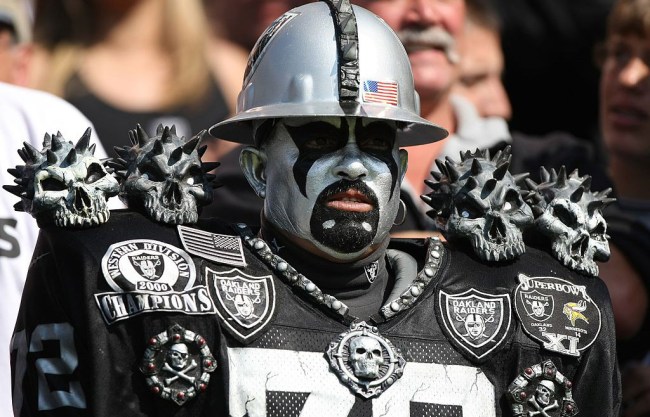 Maybe I’m way off here, but I think that despite what Jerry Jones and Dallas fans believe, the Oakland Raiders are secretly more “America’s Team” than the Cowboys are.

Sure, they’ve sucked for god know how long until just recently, but who, deep in their heart, wouldn’t love to see the Raiders become the (winning) bad boys of the NFL again?

I know there are obvious exceptions to this notion, but damn, people, it’s the fucking Oakland Raiders. The Black Hole. Just win baby. All of that.

They’re iconic in a way that the Cowboys will never be.

So the fact that there is anyone associated with the Raiders even THINKING about changing these things is cause for concern.

Raiders owner Mark Davis, who will officially file relocation papers to move to Las Vegas this week, and according to Will Reeve Jr.’s RaidersWire, there could be even more changes coming…

As for the Raiders possibly rebranding the team’s logo and name, both remain in play.

No, no, no a thousand times no. You’re going to get your insanely cool new stadium. Just stop there.

You think the Chargers took some major heat for just trying out a (lame) new logo? Imagine what would happen if the Raiders changed their look or god forbid, their name?

That being said, if they did want to shake things up they could do worse than this AMAZING re-branding concept dreamed up by artist John Raya… 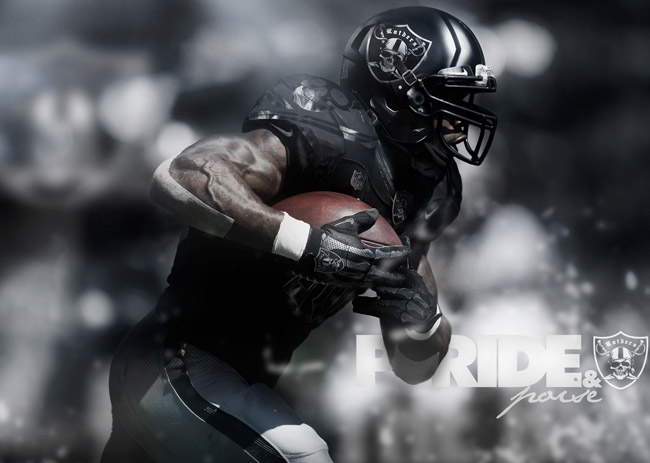 Now that is something I think I could get behind.