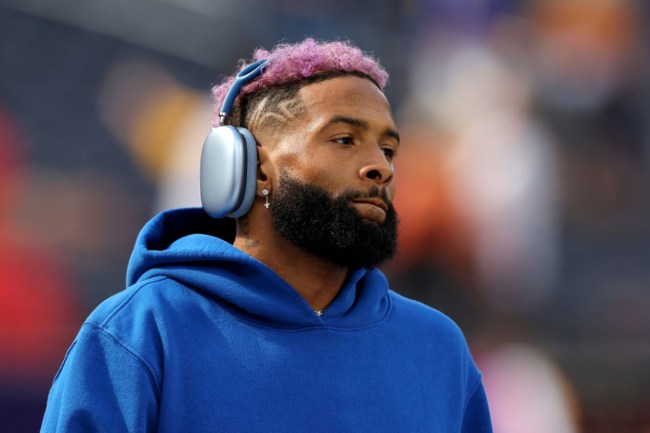 When Odell Beckham Jr. went down with a non-contact injury during the first half of the Super Bowl on Sunday, everyone was hoping for the best for fearing the worst. Unfortunately, it sounds as if the latter came true.

According to Ian Rapoport, OBJ is believed to have torn the ACL in his left knee. OBJ tore his left ACL back in 2020 as well during his time with the Cleveland Browns.

#Rams WR Odell Beckham Jr is believed to have torn his ACL in last night’s Super Bowl win, source said. That means a long road of recovery for the free agent, who has a challenge to be ready for 2022. Beckham had 2 catches for 52 yards, 1 TD and 1 moonwalk before the injury.

It’s a terribly unfortunate break for Beckham Jr and adds even more questions about what his future may hold in the NFL as he is now a free agent. Beckham Jr. looked great during his limited action against the Bengals with two catches for 52 yards and a score.

OBJ returned to the sideline in street clothes to watch the remainder of Los Angeles’ win on Sunday night and was extremely emotional after his team held off the Bengals.

NFL fans jumped on Twitter and shared their reactions to the latest injury update regarding OBJ:

Oh man. This is terrible news! God bless him on his recovery. He has that 💍 for his hard work! 🥺 https://t.co/e1L5SXqD36

Man I think it’s over for him… https://t.co/y7uw3qcaOA

Such a cruel game. Odell rebuilt his value in LA. Hopefully he shakes back quick. https://t.co/DwsqeFuP8k