Odell Beckham Jr. Explains Why He Was Contemplating Retirement During 2017 Season 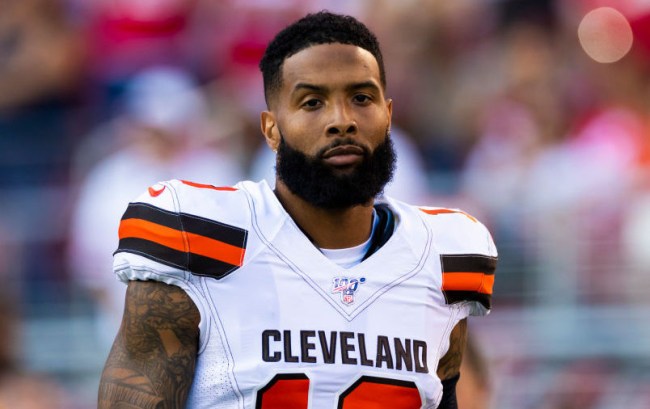 It feels like Odell Beckham Jr. has been in the NFL much longer than just six seasons given how many highlight-reel plays and headlines he’s been a part of. Based on recent comments, however, we’re lucky to have been able to see OBJ play the past couple of seasons.

The three-time Pro Bowler recently sat down with Victor Cruz, Todd Gurley, and Cam Newton for a roundtable discussion and revealed that he actually considered retiring during the 2017 season.

OBJ, still with the Giants at that point, suffered a rather gruesome broken ankle during a Week 5 matchup against the Chargers and admitted to thinking “about not playing no more.” He thought the game of football was ruined for him after suffering that injury.

“I said this in college, I said, ‘I fear the day that they make this game a business and not what I love,’” Beckham said. “When I seen that for the first time, after breaking my ankle, like, I thought about not playing no more, they’ve ruined the game of football for me a little bit.”

Beckham Jr. returned to play for the Giants the following season but had his campaign cut short to just 12 games due to other injuries. He was then traded to the Browns that offseason and managed to haul in just four touchdowns during his first season in Cleveland.

You can catch the full one-hour discussion below: