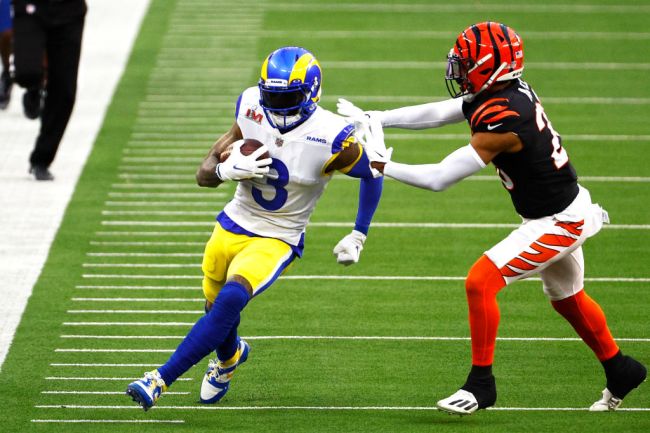 The NFL offseason has already delivered quite a few surprises for football fans. Russell Wilson was traded. Von Miller left the Rams for the Bills. Chandler Jones signed with the Raiders seemingly out of nowhere. The Packers traded Davante Adams today. There’s whatever is going on in Cleveland right now.

Now there has been another surprising move made in the NFL. The Los Angeles Rams signed Allen Robinson today.

Rams still have money left over for Odell Beckham Jr. and hope to re-sign him, per sources.

After the report, some began to believe that this could be part of a plan from the Rams to build an absolutely stacked wide receiver corps.

However, a tweet from Odell Beckham Jr a few hours after the Robinson signing. calls into question whether or not he is actually in the Rams’ plans.

As if I needed more motivation. Ima make my son proud asf when I’m done wit all this, from what I did on the field, to the way I handled all the other Shxt that came wit it. Zydn…son I love u… and daddy gone make u proud. I mean tht.

That doesn’t sound like somebody who is being brought back to the team to join the Rams’ growing group of talented receivers. Instead, that sounds like the Rams chose Allen Robinson over Odell and now he has a chip on his shoulder to prove yet another team that they were wrong about him.

It has to be a disappointing situation for Odell after he seeming did all of the right things in LA this season and played a big part in their run to the Super Bowl.

An Odell scorned just might be a good thing for whatever team he ends up signing with.