Odell Beckham Jr. Appears To Dislocate Finger, Gets It Popped Back Into Place On Live TV 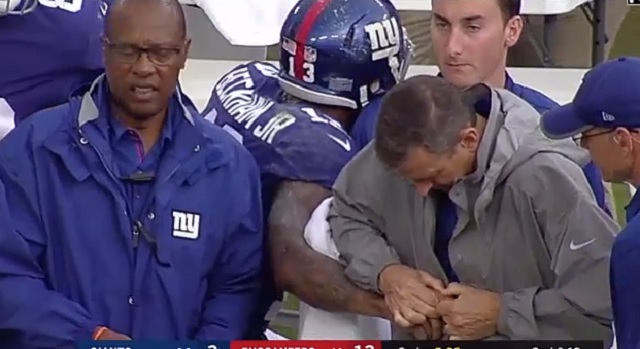 In the second quarter of today’s Giants-Bucs, wide receiver Odell Beckham Jr. appeared to dislocate his finger after an incomplete pass.

Beckham went to the sideline where trainers feverishly tried to put to pop his finger in place.

Of course, the Fox cameras had to zoom in on Beckham’s finger while everything was going down on the sidelines.