Odell Beckham Jr. Has Reportedly Told Two Rams Players That He Wants To Be Traded To L.A. 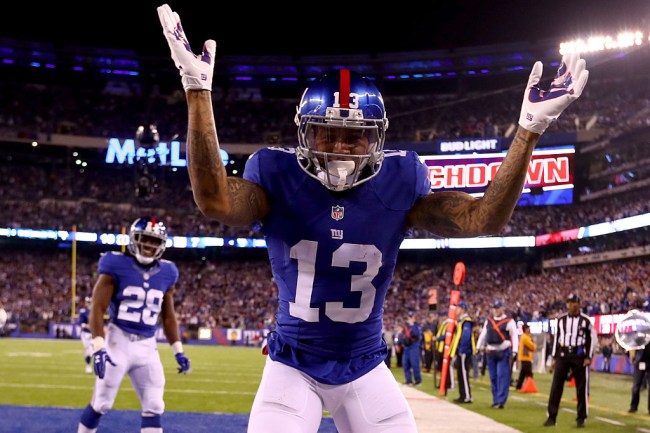 There seems to be mutual interest between the L.A. Rams and Odell Beckham Jr.

Earlier this week we learned that the Rams had made the Giants an offer for Beckham after John Mara opened up discussions from the wide receiver during this week’s owner’s meeting.

The L.A. Rams, according to multiple NFL sources, already have talked with the Giants about possibly trading for the dynamic wide receiver and turning him from a Big Apple phenom into a Hollywood star.

One Rams executive, when approached by the Daily News at the Ritz-Carlton Grande Lakes Monday afternoon, declined comment but flashed a wry smile and didn’t deny it. “Where did you hear that?” the exec said.

in a separate report the NY Daily News spoke with one source who said that Beckham has spoken to several Rams players about wanting to get traded to L.A. Dai

Does Beckham want to play for the Rams? One source told me Beckham has told a couple of Rams players he wants in.

If the Rams somehow figure out how to pickup Beckham this offseason they will instantly become the Superbowl favorites especially after they bolstered up their already solid defense by signing Ndamukong Suh earlier this week.

Of course these are all rumors right now and we’ll have to wait and see how everything goes down in the upcoming months.