Odell Beckham Jr. Is Reportedly ‘Not Afraid’ Of Returning To New York If Browns Decide To Trade Him 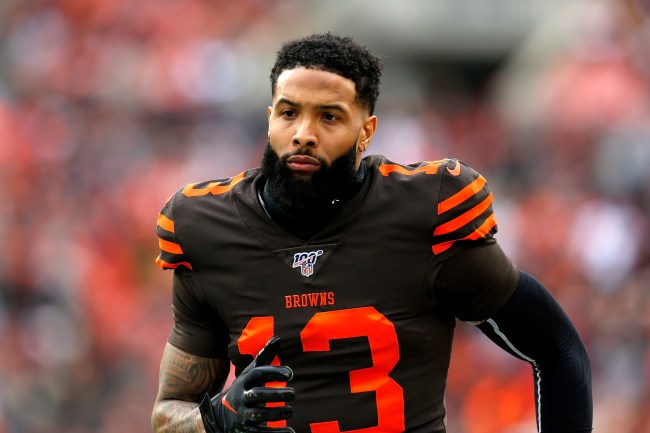 The season isn’t over yet but the Odell Beckham Jr. trade rumors are just getting started.

Over the weekend it was reported that Beckham was unhappy with his role in Cleveland and has been lobbying opposing teams and players to trade for him during games.

Sources close to #Browns’ wideout Odell Beckham say he’s “lost” and still trying to “redeem” his career path. He’s also hurt, uncertain about his role, and did say “come get me” to players, as @JayGlazer reported. (It happened in October.)

According to Ralph Vacchiano of SNY.tv, people close to Beckham believe he wouldn’t be opposed to returning to New York if the Browns made him available in the trade market.

Here’s something for Jets fans to dream about when trying to forget this game:

Odell Beckham is "not afraid" of a return to New York. Could the Jets go after the star wideout if the Browns make him available?

“As we are watching the game last week, we learned that Odell Beckham, an old friend of New York, is unhappy in Cleveland and might look to be traded during the offseason,”. “Now, from what I’ve heard, the Cleveland Browns are drawing a line in the sand and are not going to trade him. At least that’s what they say now. But we do know that the Jets need a number one receiver and from what I’m told by people who know Beckham, he is not afraid of a return to New York. That doesn’t mean he wants to come to the Jets.”

As of now Beckham is being linked to the Packers, Cowboys, 49ers and now the Jets, the Browns are going to have plenty of options if they do decide to trade him this offseason.