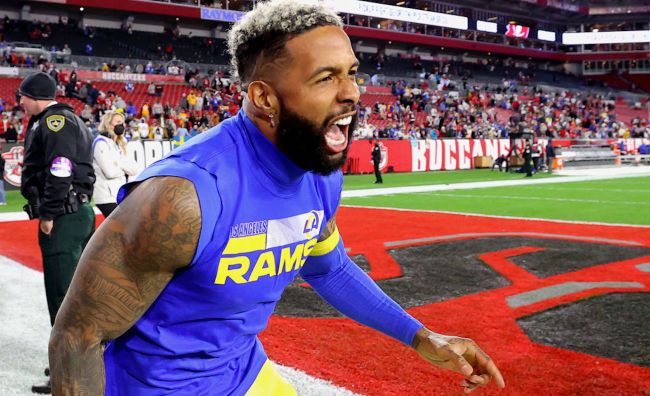 Odell Beckham Jr. got a painting made that features him helping himself off the ground

OBJ got a painting of Rams OBJ helping Browns OBJ off the ground pic.twitter.com/OGERQQMjUd

The artwork is just the latest example of Odell Beckham loving himself some Odell Beckham, which has been one of the biggest themes of his NFL career thus far.

At this time, Odell — who suffered from a torn ACL during the Super Bowl against the Cincinnati Bengals — is currently rehabbing his knee and remains a free agent. Given his talent, though, it’s safe to assume that Odell will find a new home before the start of next season, perhaps even back in Los Angeles.