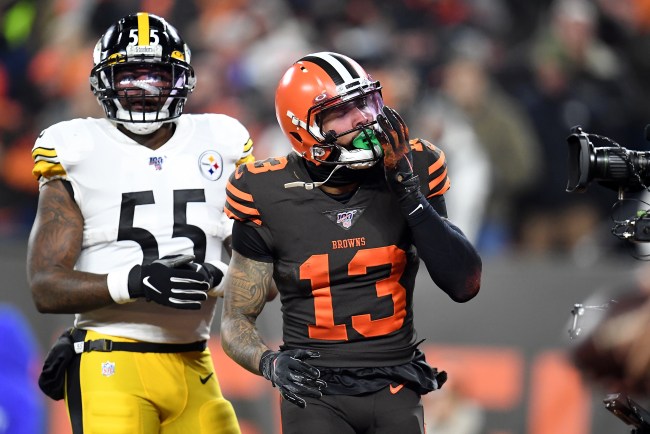 Odell Beckham apparently has no shame in telling people that he wants out of Cleveland.

Just a few weeks ago it was reported by Fox Sports’ Jay Glazer that Beckham had lobbied several coaches and players to trade for him during games.

According to NFL Network’s Aditi Kinkhabwala, Beckham told Steelers players to “come get me” before one of their games this season.

.@AKinkhabwala just told us on @923TheFan that Odell Beckham also told the Steelers to "come get him."

So now that's at least four teams according to reports

Apparently Beckham isn’t the only one who wants out Cleveland because Jarvis Landry was also heard yelling the same phrase to Cardinals players last week.

Multiple Browns players, including Jarvis Landry, yelled “Come get me” to the Cardinals sideline on Sunday, per @MikeSilver.

The Cleveland Browns are a complete mess and are probably going to be busy shipping out several players this offseason.