Odell Beckham Jr. Has Reportedly Told Opposing Players And Coaches To Trade For Him During Games 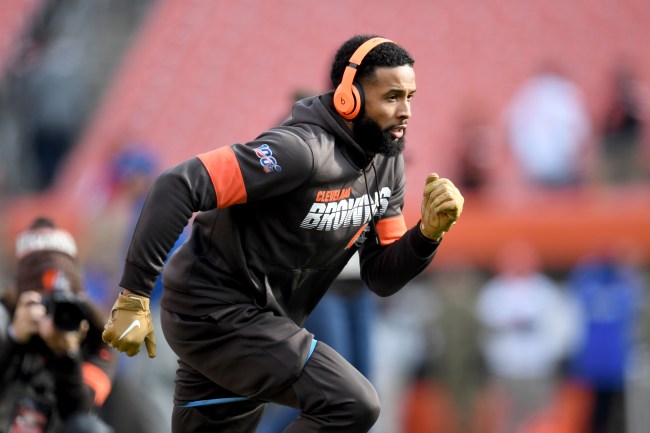 The Cleveland Browns have struggled this season despite lofty expectations and it seems like one of their star players wants to jump ship.

According to Fox Sports Jay Glazer, Beckham has told players and coaches around the league that he wants out of Cleveland.

When asked about his future on Friday, Beckham didn’t seem like he was committed to staying with the Browns past this season.

Odell Beckham, asked about his future in Cleveland: “I couldn’t tell you what’s going to happen. … Whether I’m going to be here, want to be here, don’t want to be here. This is exactly where I’m at now. I wouldn’t rather be anywhere else.” pic.twitter.com/mBNCWJevPw

Odell then took to social media to squash rumors that he was unhappy in Cleveland.

Ok😑😑😑… I NEVER said I was not happy in Cleveland, just like everyone else I’m hopeful for better results. Period. Next story plzz 😭 …

With the Browns struggling it seems like moving Odell in the offseason is the smart move.